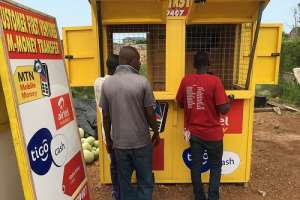 Ghanaians will soon be paying more on all electronic transactions including Mobile Money following the announcement of a new levy by the government in the 2022 Budget Statement.

The Minister in charge of Finance, Mr. Ken Ofori-Atta on Wednesday, November 17, 2021, was in parliament to present the 2022 budget statement and economic policy.

During his presentation, he said the government after deliberations has decided to introduce a levy to be known as ‘E-Levy’ as a tax on all electronic transactions in the country.

This he notes will be key for the government to rake in more domestic tax revenue.

“It is becoming clear there exists enormous potential to increase tax revenues by bringing into the tax bracket, transactions that could be best defined as being undertaken in the ‘informal economy’.

“After considerable deliberations, government has decided to place a levy on all electronic transactions to widen the tax net and rope in the informal sector. This shall be known as the ‘Electronic Transaction Levy or E-Levy’,” Ken Ofori-Atta told parliament today.

According to the Finance Minister, the new E-levy will be a 1.75 per cent charge on all electronic transactions covering mobile money payments, bank transfers, merchant payments, and inward remittances.

A portion of the proceeds from the E-Levy will be used to support entrepreneurship, youth employment, cyber security, digital and road infrastructure among others.