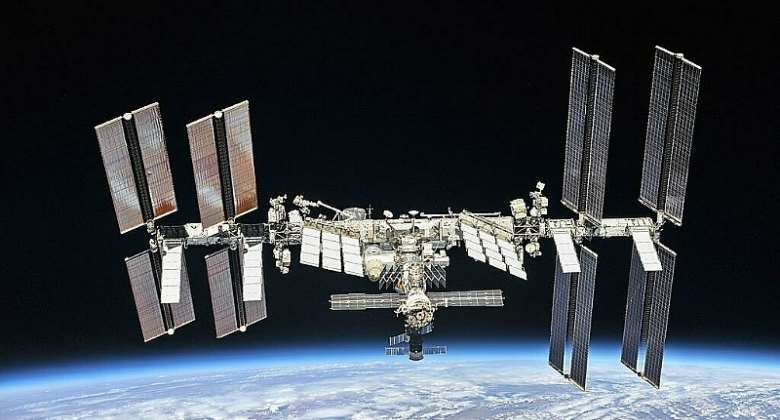 The seven astronauts aboard the International Space Station were forced to shelter in their escape pods for several hours on Monday night after a Russian missile test created a potentially dangerous debris cloud. Besides raising the ire of American authorities, the incident underlines the growing problem of space junk.

Washington accused Russia of conducting a "dangerous and irresponsible" missile test that blew up one of its own satellites, creating a debris cloud that forced the ISS crew to take evasive action on Monday evening.

According to space industry analysis company Seradata, the target of the missile was Cosmos 1408, a 1982 Soviet signals intelligence satellite that has been defunct for several decades.

It was shot down by an anti-satellite weapon (ASATs) -- a high-tech missile possessed by few nations.

The crew currently aboard the orbital outpost -- four Americans, a German and two Russians -- were woken up and forced to take shelter in their return ships.

US officials said they were not informed in advance of the test, which generated over 1,500 pieces of trackable orbital debris.

Russia's space agency Roscosmos responded on Tuesday by assuring its "main priority" was the safety of the crew, adding that its "automated warning system" was continuing "to monitor the situation."

The ISS continues to pass near or through the cloud every 90 minutes.

"The problem is going to be the debris that is too small to be seen," Paul Wohrer a French researcher specialising in space technology told RFI on Tuesday.

"Even the tiniest pieces can make a lot of damage...a few grams can destroy a satellite," he says, adding that until the debris enters the earth's atmosphere, it will be a danger for space craft over the next few years, especially seeing as there are no techniques currently available to clean up the smaller pieces.

Danger of space junk
NASA administrator Bill Nelson said he was "outraged by this destabilizing action."

"With its long and storied history in human spaceflight, it is unthinkable that Russia would endanger not only the American and international partner astronauts on the ISS, but also their own cosmonauts" as well as Chinese "taikonauts" aboard China's space station, he said in a statement.

US Secretary of State Anthony Blinken said the danger was far from over, and the debris would continue to threaten satellites and activities on the ISS. The United States was discussing its response with partners, he added.

Low earth orbit
It was only the fourth ever ASAT test to hit a spacecraft from the ground.

India was the last to carry out a test on a target in 2019, creating hundreds of pieces of "space junk" strongly criticized by other powers, including the United States.

The United States shot down a satellite in 2008 in response to China demonstrating a similar knockout in 2007.

Jonathan McDowell, a Harvard astrophysicist, told AFP: "The feeling among people in the space industry is that we have way too much debris up there already -- to deliberately generate more is just inexcusable."

The first objects from the debris cloud should start to enter the atmosphere within a few months, but it could be up to 10 years before it clears up entirely, he said.

That could jeopardize what is an increasingly crowded region of space known as "low Earth orbit."

There are currently more than 4,500 satellites whizzing around the planet, according to the Union of Concerned Scientists, with companies like SpaceX planning to launch up to tens of thousands more, as the private space industry experiences rapid growth.

Russia's move has also reignited concerns about the growing space arms race, encompassing everything from the development of satellites capable of shunting others out of orbit to laser weapons.