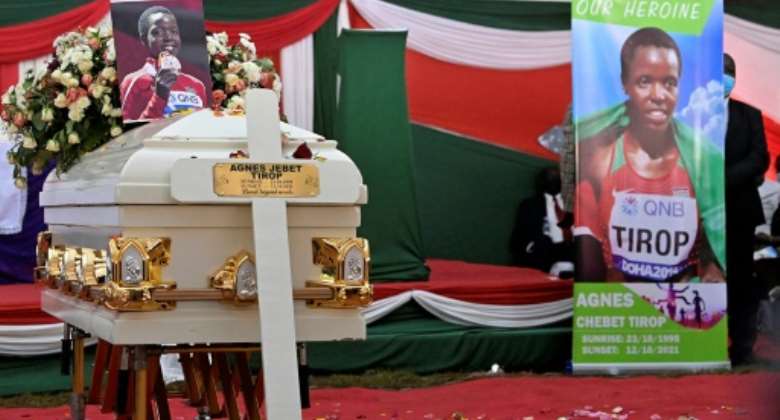 Tirop was found dead at her home in western Kenya last month. By Simon MAINA (AFP/File)

The husband of Kenyan distance running star Agnes Tirop was on Tuesday charged with her murder, a day after he was found fit to stand trial.

Ibrahim Rotich, who is commonly known as Emmanuel, denied the charges when he appeared before the high court in the Rift Valley town of Eldoret.

Tirop's body was found with stab wounds at her home in the nearby town of Iten, a training hub in western Kenya for top runners, on October 13.

She came fourth in the 5,000 metres at the Tokyo Olympics this year and broke the world women-only record in the 10km in September.