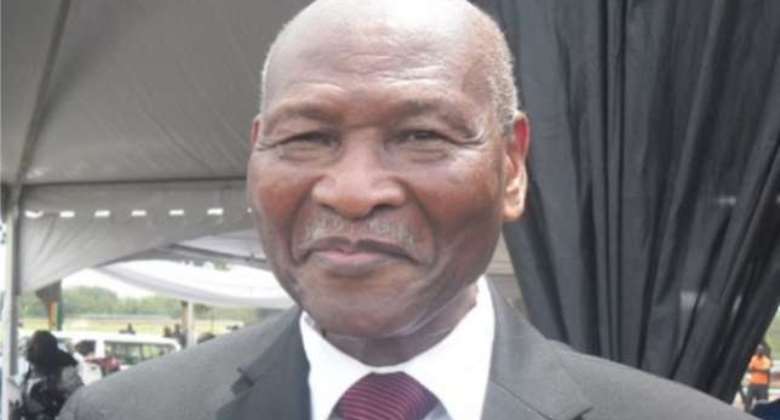 The Speaker of Parliament, Alban Bagbin, has said he was shocked to hear the “we will deal with you” comment from Legal Practitioner and Council of State member, Sam Okudzeto regarding a move by two opposition lawmakers to initiate a private members’ bill intended to amend the Legal Profession Act, 1960, Act 32.

The sponsors of the bill, Member of Parliament for Madina Francis-Xavier Sosu and his colleague from South Dayi, Rockson-Nelson Dafeamekor had incurred the wrath of lawyer Sam Okudzeto in a move to effect legal changes in the legal profession.

The bill seeks to, among other things, to remove from the Chief Justice and other justices of the Supreme Court from the General Legal Council (GLC).

The memo to that effect and dated 26th October 2021 and written to the Clerk of Parliament said “Sir, we write to request the legislating drafting office to draft for subsequent submission to the Speaker, a bill to amend the Legal Professions Act 1960 Act 32 to exclude the Chief Justice as well as other justices of the Supreme Court from the GLC to redefine the functions of the GLC and to provide for reforms in legal education such that accredited Faculties of law with the requisite facilities would be licensed to run professional law courses, provide for discipline of lawyers and related matters to give effect to Articles 37(1) of the 1992 constitution.”

Reacting to this, Mr Okudzeto who is also a former President of the Ghana Bar Association (GBA) said, the disciplinary committee will deal with them by the rules and laws should they “misbehave”.

“They have problems, I think they should just go and keep quiet because there can be more troubles than they realised in the fact that we are concerned. If you misbehave, we will deal with you in accordance with the rules and laws that have been laid down,”

“If they (the two MPs) are lawyers, then their understanding of the law leaves a lot of question.”

“I have been a member of the disciplinary committee for a number of years, I am still there… if I tell you the number of complaints that keep coming there…So I don't see how the qualified lawyer is going to appear before the court and you say that those for who we are going to appear before do not have any power of control over their training, or education. It's a joke. I must confess that they are jokers and I don't know who they are and I don't want to know who they are,” Okudzeto told Accra-based Asaase radio.

Reacting to these comments, the Speaker, Alban Bagbin said at a forum in Kumasi on Monday November 15 that “Sometimes, you hear people in civil society questioning Parliament for some of the decisions or actions we have taken including my learned friend the learned Attorney General and Minister for Justice as to a legislator. Calling for a review of a law that the legislature has passed, and that is said to be a sin and a senior advocate of Ghana could come out and say he will deal with you.

“I got shocked. What is that oversight for? That, after I have passed a law and given you a responsibility I can't over see it, I can't say you are not doing it properly, maybe because of some deficiencies in the law and therefore we want to call back the law and revise it, update it, you are dealing with me?

“I was really shocked, I didn't understand but it is part of the long tenure of military regime where people just think that we have power, nobody has power , the power is with the people , not with any individual.

Ministry of Youth and Sports directs GFA to dissolve Black S...
54 minutes ago