Re: ATAG and Innovative Teachers Secure an Injunction on the Distribution of the Laptops 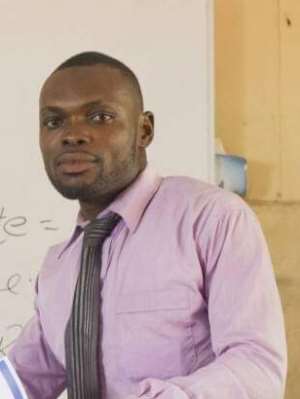 Having keenly followed the above developments, I am bound to express my thoughts on the current narratives fanned by INNOVATIVE TEACHERS and ATAG

It is only a judge that can uphold or dismiss an injunction and until the motion is moved in court on 24th November 2021 for the court to issue a verdict after giving the defendant a hearing, no such injunction exit.

Filing a motion doesn't equate to a judgement. It is only a statement of an intent.

The court is yet to convene thus I struggle to appreciate why the above unions will fly with prejudicial commentaries and nebulous assumptions.

What is the end game to these misleading narratives?

I recall GES letter dated to INNOVATIVE TEACHERS on 12th July, 2021 communicating that it was the unions namely GNAT, NAGRAT and CCT that negotiated for the laptops on behalf of its members and that GES was only ensuring the successful implementation of the programme.

The letter further stated that GES was not compelling any teacher to pay for the laptops and Innovative teachers should submit list of its members expressing disinterest so they are not captured for distribution.

One can glean from the above that the facilitation and distribution of the laptops is at the call of the unions.

Why are the unions not included in the suit?

As one who is concern about promoting accountability and transparency in education service delivery, I appreciate the attempt of ATAG and INNOVATIVE TEACHERS at demanding for better condition of service for teachers, however it will be unfair for such erroneous generalisation and misrepresentation of court processes to be allowed to grow wings.

Whether the said injunction will be granted or not is also an issue I might attempt to address in another article..

Tight security at courts over possible terrorist attack
6 hours ago

‘We don’t have anything here for Sir John’ – Lands Commissio...
6 hours ago