Ghana at 46: Independence or Continuous Dependence? 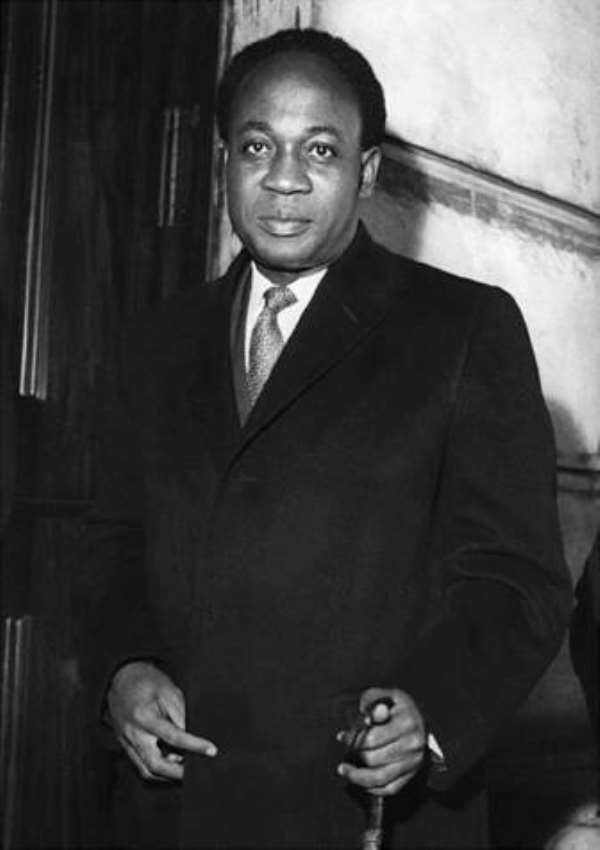 Ghanaian News Canada March 6, 1957: Ghana proclaimed its independence from the colonial clutches of the once mighty Great Britain. The first Prime Minister, Kwame Nkrumah declared that "Ghana, our dear country, is free forever.....freedom!!". Our dear country was expected from then on to be free to chart its own course, politically and economically. After 46 years, the picture is clear for everyone who cares, who possesses or cares to have an objective mind as to where the "dear country" envisaged by its founding fathers has reached.. In celebrating 46 years of "Independence" or what we wish to call "an uphill attempt at nation-building" we hasten to ask what kind of "Independence" we got in 1957. Where has the "independence" taken us? Have we achieved anything as a nation? What does the future on the "independence" train hold for the nation?. The political track record of Ghana as a nation since its declaration of "independence" shows that it has had nine (9) leaders, (10 because one guy counted himself twice), four civilian and five military dictators. Out of the total forty-six years of its nationhood, elected leaders and their governments have ruled for a total of only sixteen years with the remaining thirty years taken up by a number of reckless military adventurers, some with little more than bird brains. Many of these military rulers have been responsible for the near total destruction of the social, political and economic fabric of the nation. It was under some of these military adventurers that the country witnessed one of the worst human rights abuses on record in Africa. In the process, the nation lost hundreds of thousands of some of the best and brightest, the cream of the crop, of its manpower and workforce. A large number of the skilled personnel of the nation, young and old, voted with their feet, some to seek greener pastures outside or simply to escape the brutalities then raging in the country to save their preci ous lives. After all the mayhem that was associated with the last military inter-regime which was later given a little paint make-up with the semblance of a "civilian" government, a little sanity was restored at the end of the year 2000 with the election of a new civilian government with a razor-thin majority in the nation's parliament. Some glimmer of hope and confidence was restored in the minds of the citizens of Ghana. Expectations run high that things will be done differently this time around in our body politic. Hope was generated that the human beings manning the new political dispensation will be guided by all the mis-steps and lessons of the immediate past to chart a new course for the nation. For a definite new course was needed in the way we govern our country, in the way we treat our fellow human beings, in the way we handle public property, in our attitude to work and most importantly in the way leaders are supposed and expected to lead by example. But alas!! It did not take long for the new law- makers, the Members of Parliament, to tell the nation that they cared less about all the above positive attributes. Few months into their term of office, they voted for themselves fat welfare cheques amounting to the equivalent of nearly twenty-years of their salaries to buy themselves new cars. They called the welfare cheques "loans". But anyone with a little bird brain clearly understands that the Parliamentarians had no intention of ever paying back the co-called "loans". Our new crop of leaders are leading by no good examples. And therefore the populace, the citizenry also care less about the attributes that we enumerated. Nepotism, bribery and corruption are still the order of the day. People's attitude to work and public property is still nothing to write home about. "Government" property is nobody's property. And worse of all, the nation continues to go around the globe with cup and hat in hand begging for handouts. In the process our economy and therefore our political direction is still dictated by those who give us stipends in the cups that we go around with begging. After 46 years of so-called independence therefore, The Ghanaian News is sad to observe that our nation's balance sheet is hopelessly in the deep-red. There are still leaders in the new dispensation who are very uncomfortable with the truth. As we "celebrate" another "independence" anniversary, we wish to caution that there is nothing really to celebrate. We all need to undertake a very sober reflection of the nation's fortunes. And weep a little for the nation if we may. We need to change and put up new work ethics, new attitude to public property and the determination of everyone to contribute to the nation's good. The idea that the nation owes us a living whether we do anything or not needs to be discarded

Missing pregnant woman sparks fear and panic in Takoradi as ...
6 minutes ago

NPP urge party members to be ready to accept Akufo-Addo’s ne...
17 minutes ago