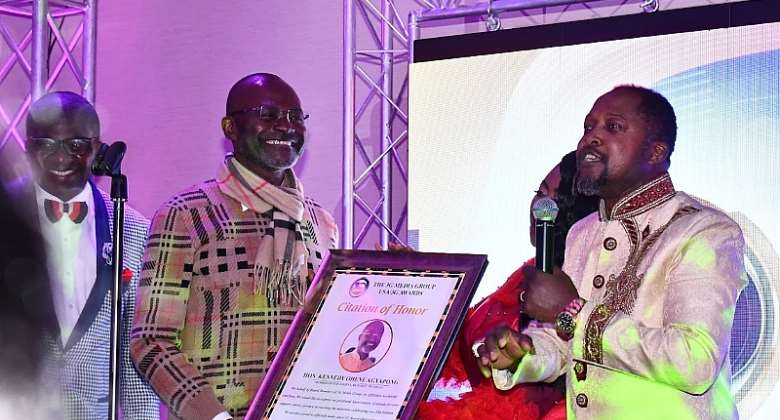 Charles Nimmo Ntiamoah Mensah aka Mr. CNN, a renowned media mogul and CEO of Rosetta Multimedia Services has decided to bring the 3G media awards to New Jersey on its 10 edition. Now known as Evangelist Nimmo, the media mogul and entrepreneur has organized the 3G media awards for 10 years with various celebrities and Ghanaians making an impact in their areas of expertise receiving awards for their hard work and exemplary efforts. For the past 9 editions, the event has been organized in New York and this year being a special edition, the 3G Awards board decided to move it to a Newark , New Jersey

The Annual 3G Awards is known to be the mother of all African Awards in the USA. This year’s celebration was held at the Best western Plus Robert Treat Hotel in New Jesey on November 6th, 2021

This event is also to support the Evangelist Nimmo Foundation supporting the following initiatives; Operation Feed The Homeless USA, Operation Save a Kidney and Operation Feed the Children GH. Supported by Ghana Chamber of Commerce. Boogie Down Nima productions, Keymama, NCOGA and Shepherd to Shepherd Network of Clergies.

Fred Kofi Ameyaw-ghana Mission To The Un For Piblic Service