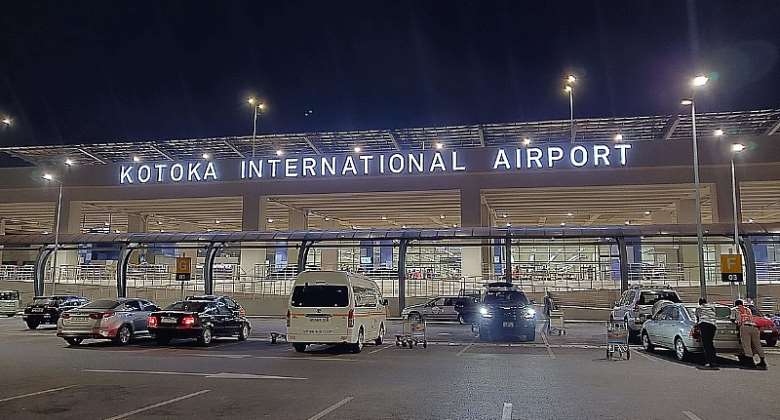 This week’s edition of Aviation This Week focuses on some of the topical aviation industry stories between November 7 - 13, 2021 relevant to Ghana’s aviation space. Here are the highlights:

PassionAir has announced it will be adding an additional flight between Accra and Takoradi on November 17, 2021. Morning flights will depart at 7: 00 am and 8:10 am for Accra and Takoradi respectively. The afternoon flight from Accra will also depart at 2:50 pm and 4:00 pm from Takoradi.

ASKY has upgraded its cabin experience with the introduction of a wireless Inflight Entertainment System on all its aircraft. Passengers now have access to a collection of Hollywood and African movies, music, documentaries, among others.

Africa World Airlines (AWA) has been named the Best Domestic Airline for 2020 by the Chartered Institute of Marketing Ghana (CIMG) for its reliable and quality services. Subsequently, for the third time in a row, AWA has also been inducted into the Hall of Fame – Airline (Domestic) Category.

On Wednesday, November 10, 2021, Emirates operated its flight between Dubai and Accra with a Boeing 777 (A6-EPB) aircraft decorated with the Year of the Fiftieth Livery. The special livery which was introduced in August 2021 celebrates the United Arab Emirates’ Golden Jubilee Anniversary.

After over 14years of using its current logo, Brussels Airlines has revealed a new logo to enhance its brand identity.

The red balls in the ‘b’ design of the old logo have been transformed into rows of three to form the new logo, with more emphasis now placed on the word ‘Brussels’.

PassionAir’s October 2021 performance shows that 504 flights were scheduled, of which 8 were cancelled. Additionally, 49 flights were operated with delays beyond 15 minutes, making the on-time departures 447.

Qatar Airways and China Southern Airlines have signed a comprehensive Memorandum of Understanding to strengthen their existing codeshare agreements. All passengers who will be travelling on either airline between China and Qatar will benefit from seamless connecting flights, increased joint lounge access and a soon-to-be confirmed enhanced frequent flyer agreement, among others.