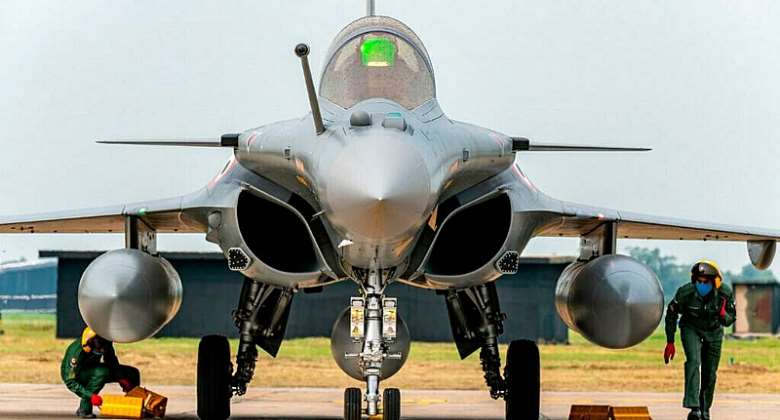 New allegations of kickbacks by Dassault Aviation to secure a contract with the Indian Air Force for 36 Rafale jets have kicked off a political slugfest in India where the deal with the French firm has been under the spotlight since it was clinched in 2016.

India's ruling BJP party and the opposition Congress attacked each other after private website Mediapart said the Dassault Group subsidiary allegedly paid €7.5million in instalments to a middleman to corner the Indian deal.

"It is a highly political case, but not the case of a single political party," Mediapart journalist Yann Philippin told Indian television stations on the deal that dates back to 2007 when then Congress party government decided to buy 126 fighter jets and soon floated global tenders.

"We published several documents and what I want to say is that there are problematic facts," Philippin said, adding Dassault paid the initial kickbacks when the Congress party was in power.

Claims of corruption and favouritism

Mediapart also claimed Indian federal law enforcement agencies were aware of allegations of "corruption and favouritism" in the deal but did not act.

"Detectives from India's federal police force... which fight money laundering, have had proof since October 2018 that Dassault paid at least €7.5million in secret commissions to middleman Sushen Gupta," it claimed.

"This was in the context of the French firm's long and ultimately successful attempt to secure a €7.billion deal in 2016 to sell 36 of its Rafale fighters to India," the website added.

The report provided ammunition to the Congress, which accuses premier Modi of buying the French-built frontline jets at a higher the cost than their original price tag.

"Mr. Modi personally intervenes, bypasses, overrules the defence ministry and removes the no-corruption clause which is the prerequisite in any defence deal...," Congress spokesman Pawan Khera told reporters on Tuesday.

"These are the differences between our deal and his deal." Khera added as Modi's ruling BJP party stood its ground, saying the same middleman, Gupta, was involved in a controversial helicopter deal when the Congress was in office.

"It is too much of a coincidence that a middleman who was commissioned for AugustaWestland case is the commission agent in the Rafale case also during 2007 to 2012," BJP spokesman Sambit Patra told a separate news conference.

"And too much of a coincidence is always a conspiracy," Patra said.

The Congress party was voted out of office in 2014 largely over charges of corruption linking government ministers and policy-makers.

The French National Financial Prosecutors' office (PNF) appointed a judge after Mediapart in April accused it of "burying" doubts over the deal between India's government and Dassault Aviation.

The website even then had claimed bribes exchanged hands to clinch the sale of the Rafale planes to ramp up fighter jet squadrons of the Indian Air Force.

Dassault, which had been in the race for the original Indian contract for 126 aircraft, has denied allegations of wrongdoing in the 2016 scaled-down deal.

Several of the Rafale jets have already been delivered to India and military experts say the argument was unnecessary as the Rafales had outshone India's ageing fleet of war planes in terms of performance.