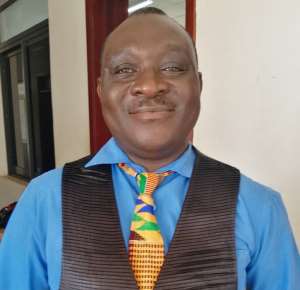 Admittedly, the issue of LGBTQI+ or homosexuality in Ghana has become a topic that has attracted an unending debate which comes with uncompromised divergent views. Placing the topic on a simple pendulum tends to swing the pendulum more towards the dislike for the introduction of homosexuality in the Ghanaian society.

Having listened to one Lawyer Yao Graham (Coordinator of Third World Network-Africa) being interviewed on a programme dubbed “First Take” hosted by Dzifa Bampoh on TV3 today, Wednesday, November 10, 2021, I am compelled again to join the debate after I wrote on the topic last year. On the said TV3 programme, Lawyer Graham argued inter alia that he disagreed publicly with the late President Mills’ opposition to the practice of LGBTQI+ in Ghana. Lawyer Graham is currently one of the opponents attacking the constitutionality of the private members bill before Parliament for consideration and possible passage to proscribe the practice of LGBTQI+ in Ghana.

The bill which was introduced by 6 Members of Parliament is meant to ensure proper human sexual rights and Ghanaian family values and to prohibit the practice of LGBTQI+ and its related activities.

Speaking against the anti-LGBTQI+ Bill on TV3, Lawyer Graham further argued that the Bill contravenes Article 21 (1) (e) of the 1992 Constitution of Ghana. It states, “All persons shall have the right to freedom of association, which shall include freedom to form or join trade unions or other associations, national or international, for the protection of their interests.” He also intimated that the anti-LGBTQI+ Bill seeks largely to re-write the Directive Principles of State Policy as enshrined in Chapter Six of the Constitution, 1992.

I disagree with Lawyer Graham and hereby submit poignantly that the framers of the Constitution, 1992 could not have overtly or impliedly provided for the practice of the abominable LGBTQI+ practice in Ghana by the rendition and strength of Article 21 (1) (e) which relates to freedom of association. To my non-legal brain, freedom of association in the Constitution must not and cannot be taken to mean freedom of illegal and immoral association or any other association that is dehumanizing or poses danger to human procreation. Framers of the 1992 Constitution knew that they were making a supreme law to guide a procreating Ghanaian society and not an anti-procreation LGBTQI+ community.

On the TV3 show, Lawyer Yao Graham surprisingly advocated for child adoption by homosexual couples. His advocacy compels the question, if on the altar of societal homogeneity everybody becomes a homosexual, then who should procreate for who to adopt?

If Lawyer Graham’s thesis on the support of the LGBTQI+ on the basis of freedom of association in Ghana is any convincing moral and constitutional argument to go by, then can two or people of Ghana come together to form Sexual Harassers Association or Association of Rapists or Association of Armed Robbers or Association of Bestiality Practitioners or an association keeps lions as pets to feed on human flesh? I see LGBTQI+ as a form of sexual and mental slavery. Article 16 (1) of the Constitution, 1992 forbids slavery.

If the 1992 Constitution truly permits freedom of association hence LGBTQI+ practitioners have the right to form their sexual unions or associations in Ghana upon the strength of Article 21 (1) (e) as Lawyer Graham submits, then can people group themselves as bestiality practitioners who can enter our animal and poultry farms and begin to have sex with our livestock?

Perhaps Lawyer Graham is oblivious of the fact that various clauses of the same Constitution uphold public morality. To the extent of upholding public morality in Ghana, Article 9 (3) (a) of the 1992 Constitution mandates the High Court to deprive a person who is a citizen of Ghana, other than by birth of that citizenship, on the ground that the activities of that person are inimical of the security of the State or prejudicial to public morality or the public interest, subject to an application by the Attorney-General. Where lies the public morality protection in a man having sexual intercourse with another man, woman with a woman or to the extreme, a human with an animal, say a dog, all in the name of freedom of association?

Lawyer Graham and his cohorts opposing the anti-LGBTQI+ bill forget to reason that allowing the practice of transgender (the “T” in LGBTQI+) for example, can throw the entire Ghanaian society into confusion especially if a biological mother today prefers to be called a biological father and vice versa in future.

First all, the royal lineages may not procreate again to guarantee continuity or a stool/skin occupancy by one of the age-old binary genders (male or female). Again, it is suggestive that any blueblood in Ghana who decides to practice LGBTQI+ will in future occupy our sacred stools and skins and reign over us as a traditional chief. Such an occurrence will not only defile the chieftaincy institution but also contravene Article 11 of the Constitution which identifies customary law as one of the sources of law in Ghana. Prior to the coming into force of the 1992 Constitution, the Ghanaian society did not legalize the practice of LGBTQI+. Accordingly, such an abominable practice could not have been imagined by the framers of the 1992 Constitution to be one of the freedoms of association as Lawyer Graham teaches society. Also, LGBTQI+ could not have been part of what is defined in the Constitution as customary law nor intended as freedom of association.

To this end, I call on the clergy, our chiefs, kingmakers, morally upright lawyers, traditional priests, Members of Parliament and many others to rally behind the anti-LGBTQI+ Bill so that we do not bring onto ourselves preventable societal problems.

Other wavering societies must not force their culture on us again. We were once told that polygamy practiced by our forebears was wrong and we accepted an ordinance that frowns on polygamous marriages. Should we rather abandon polygamy and accept sleeping with same sex partners and perhaps with our domestic animals in future? Where lies in us, the humanity and the ability to reason and act rationally. Say no to LGBTQI+ in Ghana. Support the anti-LGBTQI+ Bill. Prevent homosexuality and queer sexuality in Ghana now.