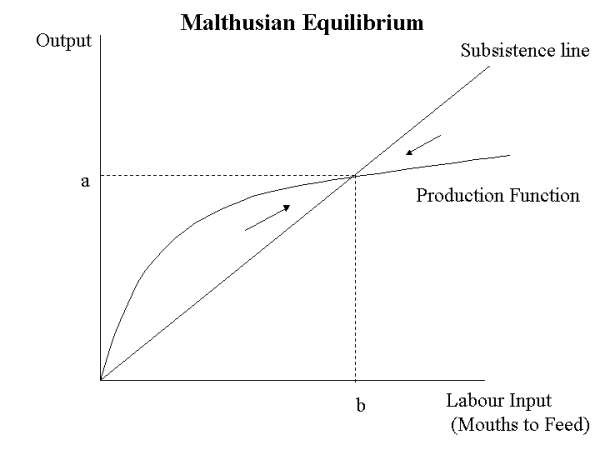 ....Applying Malthusian Equilibrium On Thursday, February 13, 2003 the President of Ghana Mr. J. A. Kufour delivered his third State of the Nation Address to parliament. Many people were there. The diplomatic core was there. Both the majority and minority were there in almost full compliment. The Council of State, the former Vice President and flagbearer of the NDC, other party leaders, traditional rulers and ordinary citizens were all there. And of course, I was there too. Don't forget that I am one of the disillusioned public servants who are calling for a 100% increase in our salaries.

I should have taken the opportunity of visiting parliament for the first time to examine the environment so that I could boast of it to colleagues back at work, but trust me that the great expectation about our salary issue would not allow me. So I was almost sitting on tenterhook. In the public gallery, I still felt lonely, perhaps because everybody else turned introvert.

Though I was listening attentively to the whole address, I was skimming every subject till the president arrived at the hot spot. There I craned.

“At this stage, Mr. Speaker, let me briefly address the thorny issue of wages and salaries”, the president started and I took a sigh of relief. Then he went on, “….Expenditure on emoluments in the public sector is now more than 70 per cent of total government revenue. This means therefore that without a dramatic increase in revenue, it is near impossible to have any appreciable increase in salary level.” There, the one seated closed to me said, “aye ka” meaning this is a debt, implying no good news insigt. I eyed him and quickly brushed his suggestions off my head.

But it was not long when I confronted the reality which sent me into a trance: “the truth, however, is that the nation's current resources will not allow the salary levels that I have heard being advocated in some quarters”; that nailing statement by the president was blunt.

At this juncture, I felt like leaving the house but I thought all eyes would be on me. I was therefore compelled to remain in my state of stupor almost to the end of the speech, when the revelation came.

Consequently, it was my turn to scream, but I did it rather too undiplomatically. I shouted very audibly, “Eureka!”. Wow, the president said his government did not want to do cheap politics, and that was why they take tough decisions without fear of losing political goodwill.

This was what he said, but that was not what I heard. Perhaps my auditory system somersaulted the statement this way, “We do not have the key to the tough situations, so we choose the cheapest solutions.” Or perhaps, the spirit of burlesque decided to reveal to me the exaggerated latent knowledge behind the intentions, yet not for fun.

Yes, NPP really does cheap politics. The government was elected to solve the problems of the nation, not to aggravate them. They were elected to be the pivot around which creativity would spin but they are now the fulcrum around which chaos swirls. And after I had that prophetic eye-opener, I now fully understand why they don't care to lose their political goodwill. The reasons are two; (a) it may end up reducing the number of troublesome mouths to feed, hence the amount of pressure on them. Or (b) it may help them to go back into opposition where they feel comfortable as seasoned critics.

Now let us take the first idea. We illustrate this using the Malthusian Equilibrium as shown by the diagram (top right corner).

I need not go into too much academic work here. From the graph above, along the subsistence line is the output per worker that equals just what it takes for people to live. Or the line is the minimum amount of production the population needs to survive. The other curve, the production function, tells us how much is produced for each amount of labour.

It therefore means that when production is below the subsistence line, people do not have enough to live on, and starvation, health problems, and higher death rates reduce the population. (courtesy Economics by John B. Taylor)

In brief our problem as a nation now stems from the fact that our population is growing faster than production. So the problem is very difficult, but difficult problems do not always need difficult solutions as the NPP is claiming.

Something different in their case is increasing tariffs and taxes once that would give them enough revenue. No doubt the President in his present address promised workers that if they succeeded in pushing them to give “unrealistic wages” they should expect another increase in tariffs and taxes. That is Cheap Solution, hence Cheap Politics. It is not strange people are now saying the NPP is an abbreviation for New Petroleum Prices.

Nonetheless, increases in tariffs and taxes can solve the problem but on the inhuman side of the scale. According to Robert Malthus, this tough decision would reduce the population, as our people would die of starvation, health problems etc. Equally, as the number of mouths to feed reduces, the political pressure for increased wages and salaries will eventually go down. That is Cheap Politics.

The second reason why they would not care about what happened to their political will is explained as follows. It is easier to criticise than sit in the driving wheel. Now the NPP feels caged. Like a bird trapped, they would be grateful to any situation that could take them out and back home where they belong, in Opposition.

And now that 2004 is coming, it may serve their interest if they are voted out of power. Another thing would be the agitations of organised labour, which would eventually take them out of the castle. But I pray against that option, and no Ghanaian should succumb to that temptation, for their forerunner, the Busia government, did close to a similar thing and they still boast that if that government had not been overthrown, they would have built heaven on earth.

Finally, I reckon that these people come from elite parents who sent their children to prestigious school outside Ghana and secured for them their status on sliver platter. These products quickly ran away from the country when the going went tough. As such, those in the helm of affairs today were not witnesses to how Dr. Rawlings and his group took us from a negative real growth to a region of 5-6% GDP growth rate consistently.

Though some of them became well to do as a result of the enabling environment created by the PNDC and the NDC, they have soon forgotten where they came from like the vulture. They would only remember when the going become tough for them in particular. To them, I say “duei” or sorry. But to the rest, I say posterity would judge you all.