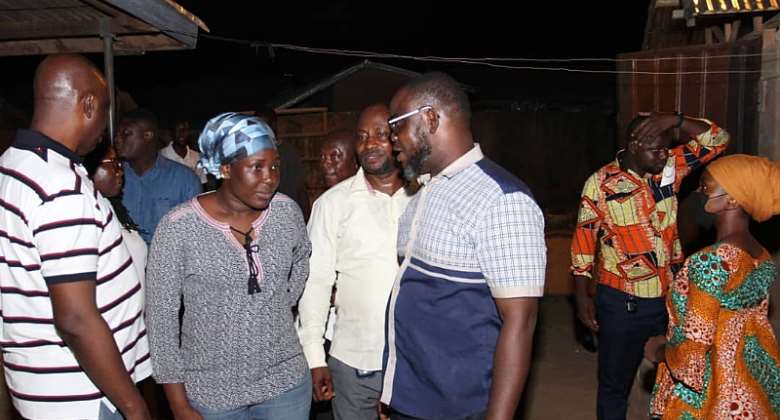 This issue came up during a presentation on Special Initiatives Projects undertaken in the Garu District at the visit of the National Coordinator for Special Initiatives, Napaga Tia Sulemana, as part of her working visit to monitor the progress of project in the Upper East Region.

Before visiting the various Special Initiative Projects in the communities, Napaga Tia Sulemana was briefed and taken through the various stages of the projects at the Garu Assembly Hall by the District Planning Officer, Yenli Reuben Kaara-II Bu, in the presence of the District Chief Executive, Musah Osman, Chief Executive Officer of the Northern Development Authority (NoDA) and other Assembly staff.

After giving details of the projects so far executed under the Special Initiative Program, Mr Kaara-II Bu also outlined the challenges the Assembly is confronted with as regards projects awarded from the central government.

He mentioned participatory planning not adhered to, Assembly not fully involved in the award of contracts, no copies of award letters to Assembly, no knowledge of contractors and no copies of contract documents for the Assembly to monitor and supervised as some of the challenges.

He, therefore, appealed to the various government agencies and ministries involved in awarding contracts in municipal and district assemblies to involve the assemblies in awarding such contracts or involve them immediately after a contract is awarded to a contractor for effective monitoring and supervision.

“Most of these contractors do not even report themselves to the Assembly but rather go ahead to execute the project in the communities which sometimes has an effect on the Assembly in terms of monitoring and supervision of projects,” the District Planning Officer noted.

The Coordinator for Special Initiatives, Napaga Tia Sulemana, in the company of the Garu DCE, CEO of NoDA and Assembly staff visited most of the projects to assess the progress of work.

Some of the projects she visited included the ongoing construction of water closet toilet with mechanised boreholes at Garu-Natinga and Garu- Zongo, small earth dam under One Village One Dam at Bantafarugu, ongoing construction of a butcher’s shop at Denugu, renovation of Kpatia CHPS and other educational, agriculture, health and water projects in the district.

Napaga Tia Sulemana assured residents of a speedy completion and handing over of these projects to the communities.

“It is the wish of His Excellency the President to ensure every community in this country gets its share of development irrespective of where is located.

“To realise this dream, the president introduced this special initiative to supplement other developmental projects undertaken by other agencies and ministries. I also thank the leadership of these beneficiary communities for their cooperation and support for the smooth construction of the projects,” she said.

The Chief of Garu, in welcoming the team, expressed excitement and satisfaction on the level of development springing out in his traditional area and is calling for more projects to better the life of his people.

We say no to Bagbin's political charlatanism, partisan chica...
23 minutes ago

IGP cause arrest of police officer for allegedly harassing f...
39 minutes ago