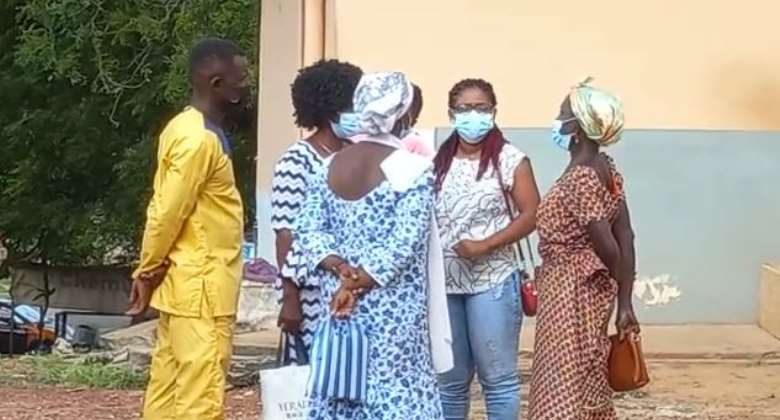 The planned case management in the case involving the Takoradi woman accused of faking her kidnapping and pregnancy, which was scheduled for today, Thursday, November 11 at the Habour Circuit Court, has been rescheduled again to the 14th of December 2021.

Case management in legal terms refers to the schedule of proceedings involved in a matter. There are various stages in litigation, such as the filing of a complaint, answers, the discovery process (interrogatories, subpoenae, depositions, etc.), and motions that occur before a trial is held, or a decision is rendered.

Philip Fiifi Buckman, the lawyer for the accused person, Josephine Panyin Mensah, said, although the defense has finally received all necessary documents from the prosecution to allow the case management to take off, the court did not sit due to a conference the Judge is attending.

“Today, Thursday, was for case management, as was stated. The prosecution has provided us with their documents, so the disclosures have been done. We were coming for the case management but unfortunately, the court could not sit because there is a conference. We have taken a date, 14th December. Surely, I believe by that time we should have the case management conference,” he said.

The full trial will commence after the case management.

The controversial Josephine Panyin Mensah story has for the past weeks dominated media discussions. News about her alleged disappearance went viral in September.

When she was found in Axim, several miles away from Takoradi where she supposedly disappeared, she was mute, unkempt, and without any sign of the said pregnancy.

Claims that she delivered on the same day she was allegedly kidnapped with the baby taken by her supposed kidnappers were put under scrutiny after the Western Regional Minister, Kwabena Okyere Darko-Mensah said the pregnancy was fake.

The police administration in a subsequent statement confirmed the minister's claim.

Further, tests conducted on her at a different facility also confirmed that she was never pregnant, according to the police.

The police have interrogated a number of people in connection with the case.