Why Ghanaian Journalists Are Silent 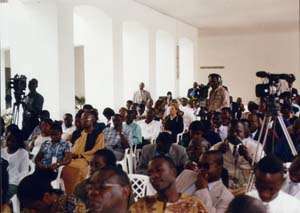