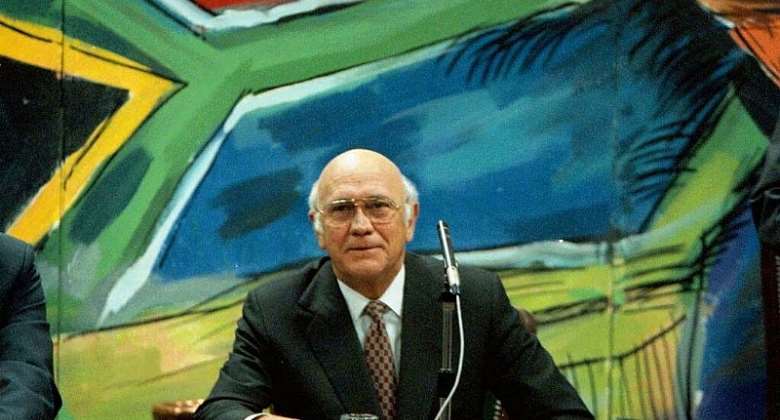 South Africa's last white leader FW de Klerk – a key figure in helping the country move towards democracy and away from apartheid – has died at the age of 85.

He supported multiracial democracy and helped to dismantle apartheid by engineering Nelson Mandela's release from prison in 1990.

This led to multi-party elections in 1994, when Mandela's African National Congress (ANC) party swept to power.

When Mandela became leader, de Klerk served as one of the country's two deputy presidents.

In 1993, he and Mandela were jointly awarded the Nobel Peace Prize, although his role in the transition to democracy remains contested.

Last year he was accused of minimising the seriousness of apartheid. He went on to apologise for “quibbling” over the issue.

De Klerk is survived by his wife Elita, his children Jan and Susan, and his grandchildren.

His foundation said that the family would announce funeral arrangements in due course.