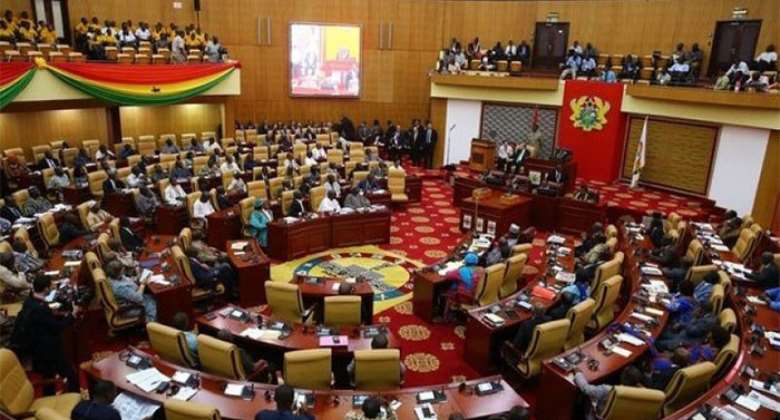 Members of Parliament (MPs) for the second time failed to form a quorum to progress the business of the House yesterday, forcing the Second Deputy Speaker, Andrew Amoako Asiamah (Ind. Fomena) to abruptly adjourn the sitting to today 10 O'clock in the forenoon.

This is the second time in less than a week that the same scenario is being played out in the legislature.

“Honourable Members, this is an embarrassment for the House. All the cameras are on us. We deliberately suspended the House for one hour just to make sure we got the numbers, yet we couldn't make up the numbers,” the Second Deputy Speaker, who was in the chair, lamented.

As at the time of the adjournment, there were 36 NPP MPs and 26 NDC MPs inside the chamber.

Around the chamber, where there is the Coffee Shop, there were about 10 of the NDC MPs sitting there.

As usual the parliamentary bell sounded for about an hour to draw the attention of the MPs into the chamber but they still could not form the quorum.

During the brief sitting, NDC MP for Adaklu, Kwame Governs Agbodza, raised the issue of lack of quorum, quoting Order 48 (1) which says “the presence of at least one-third of all the Members of Parliament besides the person presiding shall be necessary to constitute a quorum of the House.”

Per the Order Paper, the House was programmed for Ministers of Education and Energy to answer a number of questions, including four “urgent questions” related to public and mobile library services, procurement of textbooks, $40million contract of Electricity Company of Ghana (ECG), and rural electrification projects among others.

This was to be done alongside the presentation of the commercial facility agreement between the Government and HSBC Bank Plc for 45 million Euros, as well as the design and build contract agreement between the Government and Messrs QGMI Construcciones E Infraestructuras Globales for the construction of the Peduase-Mamfe-Korofidua Scenic Route project.

Last Friday, Parliament could not do any meaningful work because almost all the MPs were absent and the number that was there could not form quorum as the law mandates.

The lack of quorum therefore, forced an abrupt adjournment of the sitting of Parliament after a protest by members of the Minority Caucus.

As at the time of the adjournment, only 20 NPP MPs were in the chamber whilst their counterparts in the NDC were 23.

The House was considering the annual report on the collection and utilisation of the African Union Import Levy for the 2020 fiscal year when the First Deputy Whip of the Minority, Ahmed Ibrahim (NDC Banda) raised the issue of lack of quorum.

Order 48 (1) says “the presence of at least one-third of all the Members of Parliament besides the person presiding shall be necessary to constitute a quorum of the House.”

There were 43 members in the House at that time, compared to a minimum of 92 needed for quorum, of the total strength of 275 members of the House.