China and US announce surprise climate pact at COP26 summit 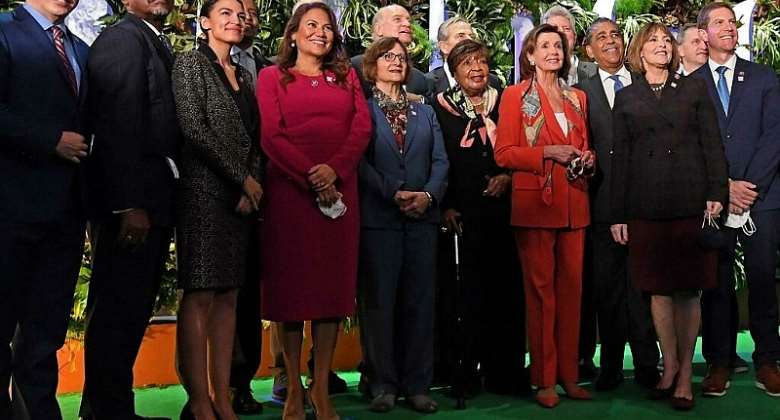 The world's biggest carbon polluters, China and the United States, have vowed to increase co-operation and speed up action to rein in climate-damaging emissions, signalling a mutual effort on global warming at a time of tension over their other disputes.

In back-to-back news conferences at UN climate talks in Glasgow, Chinese climate envoy Xie Zhenhua and his US counterpart John Kerry said their two countries would work together to accelerate the reductions in emissions required to meet the goals of the 2015 Paris Agreement on climate change.

“It's beneficial not only to our two countries but the world as a whole that two major powers in the world, China and the US, shoulder special international responsibilities and obligations,” Xie told reporters. “We need to think big and be responsible.”

"The steps we're taking ... can answer questions people have about the pace at which China is going, and help China and us to be able to accelerate our efforts," Kerry said.

The EU and UN described the US-China pact as encouraging and an important step.

China also agreed for the first time to crack down on methane leaks, following the lead of the Biden administration's efforts to curb the potent greenhouse gas. Beijing and Washington agreed to share technology to reduce emissions.

Governments agreed in Paris to jointly cut greenhouse gas emissions enough to keep the global temperature rise “well below” 2C since pre-industrial times, with a more stringent target of trying to keep warming to 1.5C preferred.

Both sides recognise that there is a gap between efforts taken globally to reduce climate pollution and the goals of the Paris deal, Xie said.

“So we will jointly strengthen climate action and cooperation with respect to our respective national situations," he said.

The 2014 US-China joint announcement on climate change gave a huge push to the creation of the historic Paris accord the following year, but that cooperation stopped with the Trump administration, which pulled the US out of the pact.

The Biden administration brought the US back in to that deal, but has clashed with China on other issues such as cybersecurity, human rights and Chinese territorial claims.

“While this is not a gamechanger in the way the 2014 US-China climate deal was, in many ways it's just as much of a step forward given the geopolitical state of the relationship,” said Thom Woodroofe, an expert in US-China climate talks.

“It means the intense level of US-China dialogue on climate can now begin to translate into cooperation.”