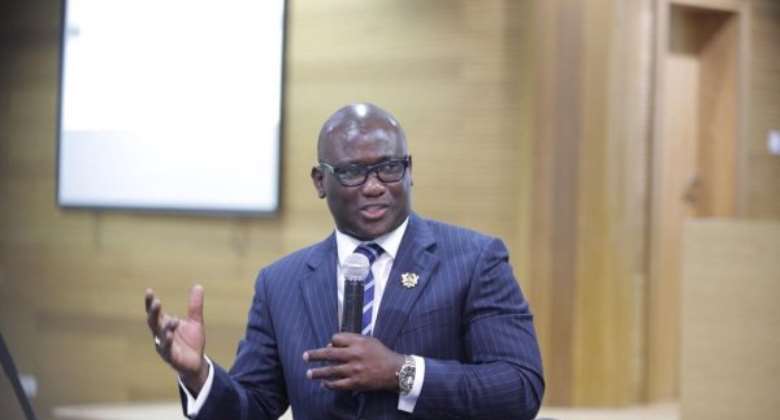 Ghana is determined to reduce its emission, especially from the transport sector, to keep global temperature at 1.5 degrees Celsius.

It would do this by implementing measures in its updated Nationally Determined Contributions (NDCs), seeking to generate absolute greenhouse gas emission reductions of 64 million tonnes of carbon dioxide-equivalent (MtCO) and adapt to the impacts of climate change.

In pursuant of the goal, the government is committing to invest in projects to gradually transition from the current fossil-based transport system to greener, efficient and sustainable modes of transportation.

Mr Hassan Tampuli, the Deputy Minister of Transport, who said this during the Ghana Day event organised alongside the on-going COP26, in Glasgow, mentioned that part of the effort in the near future was to promote walking and cycling.

The event, which attracted huge patronage and was described as very significant and impressive by the many visitors at the Ghana Pavilion on Wednesday, was hosted by the Environmental Protection Agency (EPA), the frontline agency in Ghana's climate actions.

The various negotiators from the EPA, the Forestry Commission, Transport, Energy, Environment and Food and Agriculture ministries, as well as representatives of the Parliamentary Select Committee on Environment and Natural Resources, among others took their turns to speak on their fields of engagement.

The others, Mr Tampuli noted, were the introduction of environmentally friendly transport modes including cable cars and the promotion of inland water transport systems.

Ghana, in the area of maritime, had committed to the implementation of a new limit on Sulphur content in marine fuels.

As part of her commitment to cleaner fuels, in August 2017, she reduced the Sulphur requirements in fuels from 3000 parts per million (ppm) to 50ppm for diesel and 1000ppm to 50pmm for petrol.

“This is a significant milestone to improve air quality, preserve the environment and protect human health. Before the entry into force of this new limit, most ships were using heavy fuels, which were injurious to human health and the environment,” Mr Tampuli said.

“Now, the vast majority of ships have been compelled to use low sulphur fuels.”

Regarding the rail sector, he said Ghana had committed some investment to promote other environmentally friendly alternatives and called for support for the country in that direction.

“Funding these novelties is a big challenge due to the initial capital outlay for infrastructure development. We would leverage on private sector funds where appropriate for massive investment in the transport sector to open up our economy for the flow of goods and people”, he said.

“It is also important for countries that have made progress as far as decarbonisation of the transport sector is concerned to lend support to those that require them”.

Mr Tampuli said without sustained investment, cooperation and support from the local, regional and the international community, climate change ambitions could be jeopardised.

He noted that reducing greenhouse gases appeared to be an arduous task, but achievable if all and sundry played their expected roles.

Ghana, already facing the impact of climate change, requires between US$9.3 and US$15.5 billion of investment to implement climate interventions from the year 2020 to 2030 to build resilience to protect vulnerable communities and ecosystems.

Along with companies, cities and financial institutions, more than 130 countries have now set or are considering a target of reducing emissions to net zero by mid-century.

While net zero is a critical longer-term goal, steep emissions cuts – especially by the largest greenhouse-gas emitters – are imperative in the next five to 10 years to keep global warming to no more than 1.5°C and safeguard a livable climate.

Of the 191 Parties to the Paris Agreement, more than 150 Parties have so far submitted a new or updated national action plan – called Nationally Determined Contributions (NDCs) – as required by the agreement.

Their planned combined emissions reductions by 2030 still fall far short of the level of ambition needed to achieve the 1.5 °C goal.

This story was produced as part of the 2021 Climate Change Media Partnership, a journalism fellowship organised by Internews' Earth Journalism Network and the Stanley Centre for Peace and Security.