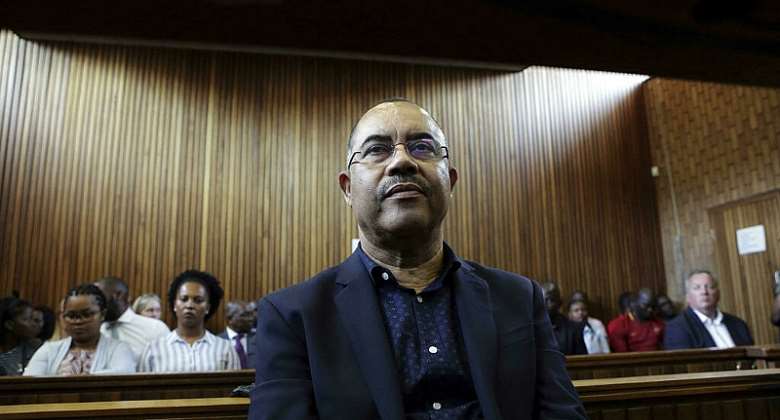 A South African court has ordered the extradition of former Mozambican finance minister Manuel Chang to the United States to face charges related to a $2 billion debt scandal, overturning a decision by South Africa's justice minister to send him to his home country.

Chang has been in custody in a prison near Johannesburg in South Africa since his arrest at the city's main airport in December 2018 on a US warrant for alleged fraud, embezzlement, money-laundering and corruption.

Both the US and Mozambique requested Chang's extradition over his alleged role in the 2013-2014 debt scandal in Mozambique, and a legal battle has been going on for years about where he should face charges.

In August, South Africa's Justice Minister Ronald Lamola decided to send Chang to Mozambique, but civil society groups challenged this decision in court arguing proper justice would only be done in the United States.

On Wednesday, Judge Margaret Victor overturned Lamola's decision, saying it was inconsistent with South Africa's constitution and set it aside.

"This court cannot find that the decision was rational," Victor said.

Chang denies any wrongdoing and the South African Justice Ministry and Chang's lawyer said they needed to see the written judgement before commenting on the ruling.

Chang is wanted for signing off on $2 billion worth of loans that state-backed companies took in 2013 and 2014 when he was finance minister. The monies were ostensibly for projects such as tuna-finishing, shipyard development and maritime security.

However, hundreds of millions of dollars went missing, including as kickbacks, authorities say, while many of the promised benefits never materialised.

The Mozambican government did not disclose all of the loans to parliament or donors, including the International Monetary Fund.

When, in 2016, the full extent of the borrowing was revealed, donors cut off support to Mozambique. This led to the government defaulting on its debt and its currency, the metical, collapsed.