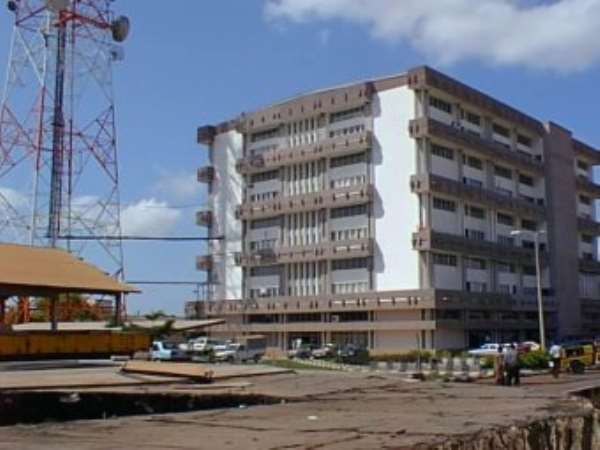 Ghana Telecom, Telekom Malaysia, Telenor On February 21st. Ghana Telecom or should I indicate Telekom Malaysia’s monopoly over land based telephony/communications in Ghana came to an end when the Minister of Communications Mr.Felix Owusu-Agyepong stated and I quote "exclusivity in Ghana is deemed to have come to an end as at the close of work on the 19th February 2002. This means that Government will encourage fair competition in the Telecom Sector." The Minister went on further to state and I quote again “Future investors in Ghana Telecom, would need to show resources sufficient to develop a minimum of 400,000 fixed lines, and be able to prove to the satisfaction of all us of that it possesses the requisite know-how to deliver our needs adequately." In mid 1990’s the PNDC government under Mr Rawlings decided to privatize Ghana Telecom. Telecom Malaysia along with its minority Ghanaian joint venture (the venture was called G-Com), supposedly, outbid companies like AT &T and paid $38million for a 30% interest. Ghana Telecom was valued at $127 million. Telekom Malaysia was granted management control (which it insisted on, nothing strange here, since these management controls are common to attract foreign investors to the “investment risky” countries) of GT in 1997. Telekom Malaysia promised to install 400,000 landlines by 2002. Telekom Malaysia was also granted market monopoly to help it achieve its goals. The company tripled Ghana's telephone lines to 240,000, short of the 400,000 (there were about 80,000 landlines in 1997). At the beginning of 2002 Telekom Malaysia also paid $50million, half of a pledged $100million to purchase a further 15% stake in GT. Following the February 21st declaration, bids were invited and tendors received from several companies, I believe the number quoted was 22 bids. Telenor a company from Norway was chosen as the company to provide the management consultancy to Ghana Telecom. The emphasis I want to be placed here is MANAGEMENT CONSULTANCY. Telenor unlike Telekom Malaysia is not coming in with one cent. Flawed Ghanaian Mentality The agreement with Telenor that have trickled out indicate that Ghana will be paying out millions of dollars to the Norwegians with a possible extension of their contract after the initial three-year contract. Also the Norwegian Managing Director, his CFO and his other Norwegian workers will be paid salaries pegged on their Norwegian ones. This will be accompanied of course by first class accommodation, top class transportation, free petrol and all the other perks that are known to be the want of these “expatriates”. By the way, I am also sure they will be paid a certain allowance called, I believe risk allowance, because they are going to work in a risky country, here being Ghana. Sometime last year the Ambassador to the United States, Mr. Allan Kyerematen inaugurated the Ghana Skillsbank at the Ghana embassy in Washington. The aim of the skills bank was and is to entice qualified Ghanaians to put themselves forward for jobs in Ghana to help the country benefit from the skills they have acquired in the Diaspora. This was a noble idea. It is to attract qualified Ghanaians. The government has now turned around and is awarding MANAGEMENT CONSULTANCY in GT to Norwegians and is willing to dole out fantastic remunerations to the CONSULTANTS. Is the understanding here then, is there are no qualified Ghanaians to provide the kind of consulting that is needed to manage GT? Maybe that is not the issue. Maybe the issue is the government does not want to pay qualified Ghanaians the same amount of money. Therein lies the conundrum. If a Ghanaian with equal or even superior qualifications than his foreign counterpart, be he from India, Cambodia, Malaysia Kampuchea or Tibet, is enticed to go to Ghana and is even being paid half of what he is worth or half what his counterpart is being paid, in dollars (God forbid if it is even stated in cedis), there is an outcry. But it is okay if that less qualified Indian is earning double what the Ghanaian with better qualification is making. A typical example was when it was rumored that the new Director General of SSNIT, Mr Kwasi Osei, was being paid $10,000 a month. There was so much hullabaloo and such hue and cry after it was converted to cedis. Would the same outcry have occurred if say the new Director General was Mr George Sonfeld from Switzerland or Mr Gautam Sarniak from India? There are so many qualified Ghanaians who can provide the sort of consultancy that these Norwegians are been hired at top rates to provide and even do a better job, and are willing to even take less, a whole lot less than these so called experts. We work with these people over here in the US, Europe etc and we outperform them everyday. President Kufuor, has pledged to provide broadband telephone connections to every town in Ghana with a Senior Secondary School or Teacher Training College, as part of his general blueprint to forge a 'Golden Age of Business' in Ghana. Mr President, there are so many qualified Ghanaian telecommunications experts that can help Ghana achieve your telecom goals, and we can come cheaper and more qualified.