'Akufo-Addo has run economy into a ditch; expect more taxes in 2022 budget' — Mahama 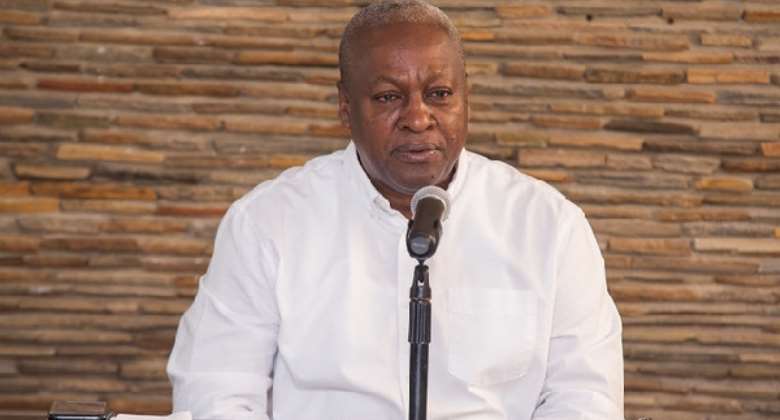 Former President John Dramani Mahama has said Ghanaians should brace themselves for more taxes, as Akufo-Addo government prepares to present the 2022 budget.

The fiscal policy will be presented to parliament by Finance Minister Ken Ofori-Atta on 15 November 2021.

According to Mr Mahama, the country is reeling under debt and wonders how much more hardship the people of Ghana can endure under the New Patriotic Party (NPP) government.

Addressing the Greater Accra Regional House of Chiefs, as part of his Thank You tour of the region on Tuesday, 9 November 2021, Mr Mahama noted that the economy had been run into a ditch.

He told the chiefs and queen mothers gathered that “this government has been on a spending spree, borrowing spree; today, debt is overwhelming us. We’ve never been in debt to this extent ever before in our lives. Even at the time we went HIPC, our debt-to-GDP was not almost 80 per cent. Today, we are almost 80 per cent of debt-to-GDP even with a rebased economy.”

“So, the economy has been run into a ditch and I know that in a few days’ time, they will read the budget and it’s the intention of this government to increase taxes and increase tariffs on electricity and water and all that,” Mr Mahama predicted.

Mr Mahama further noted that people living along the coasts have not been left out of the suffering and hardship as a result of bad governance.

“In all this hardship, we cannot forget that there’s a growing poverty in coastal communities in this country and it comes from Aflao to Axim because the traditional occupations of our people have been affected,” he stated.

“In our time, we equipped the navy with boats so that they could patrol the 20 nautical miles and prevent the commercial trawlers from fishing within that place”.

“Today, many of the navy’s boats are broken down and those that are working, they can’t buy fuel to put in them to go and patrol. And, so, sometimes, you are standing and you see fishing trawlers within the coastal boundary where they’re not supposed to fish and that is affecting the fortunes of our local fishermen.”