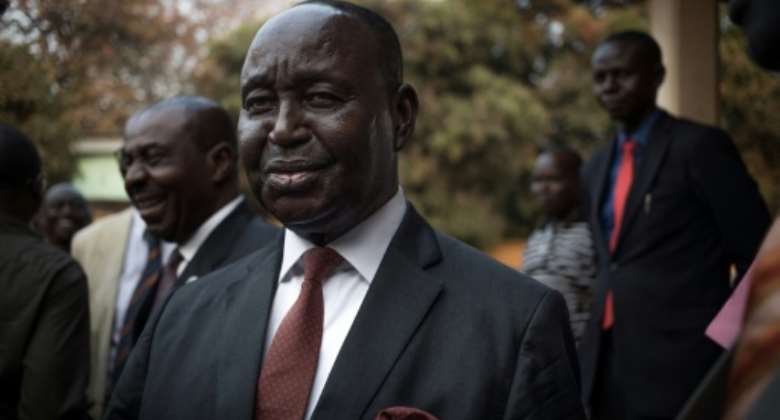 Central African Republic (CAR) rebel leader Francois Bozize is in Chad, sources say, a development that coincides with a string of losses to government forces and regional efforts to build a dialogue on the country's crisis.

A major figure in CAR's decades-long troubles, Bozize, 75, fled abroad after he was overthrown in 2013, and the nation plunged into civil war.

He returned in 2019 to mount a campaign against his successor Faustin Archange Touadera, stoking fears the nation would spiral once more into full-blown conflict.

Chadian government and other sources said on Sunday that Bozize had gone to N'Djamena, but they diverged as to why.

Some insisted this was part of a regional plan to build a dialogue with Touadera, but others said he had been placed on the back foot after suffering losses against Touadera and his allies.

Chadian official spokesman Abdramane Koulamallah said Bozize was in N'Djamena "with other rebel chiefs... in the framework of a process undertaken in agreement with the CAR government."

In September, central African leaders agreed in Luanda on a roadmap for dialogue between Touadera and Bozize's Coalition of Patriots for Change (CPC).

Jamil Baba Nani, whose FPRC group is part of the CPC, said Bozize had gone to N'Djamena with fellow leaders "to follow up on the mediation progress achieved in Luanda."

But a CPC leader told AFP that he was being housed in a villa with Bozize and several other chiefs, and they were "here as refugees."

"In Luanda, we were asked to withdraw from our bases (in CAR) and hole up somewhere pending the political dialogue," the source said.

An African diplomat said, "The rebel chiefs have to go into exile to avoid being prosecuted at home, that's why they've asked Chad to take them in."

"However, the CAR government has already made their decision -- they don't want to dialogue with the rebels."

In the CAR capital Bangui, Touadera's spokesman Albert Yaloke Mokpeme told AFP that the government "was not aware" of Bozize's presence in N'Djamena.

In addition, he said, the government "is not involved in this process."

A former five-star general, Bozize seized power in 2003 before being ousted a decade later by the Seleka, a rebel coalition drawn largely from the Muslim minority.

The 2013 coup triggered a bloodbath between the Seleka and so-called "anti-Balaka" self-defence forces, mainly Christian and animist.

After his return in 2019, Bozize put together a coalition of rebel groups that in the runup to presidential elections last December advanced on Bangui.

Their forces were thwarted after Russia dispatched hundreds of paramilitaries to support Touadera, while Rwanda sent elite troops.

Pro-government forces have notched up a string of territorial gains in recent months.