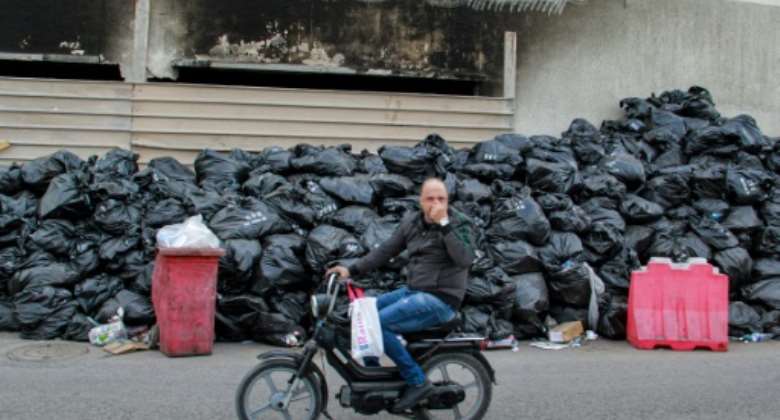 Residents and activists warn that the garbage crisis in the Tunisian Mediterranean city of Sfax is an "environmental catastrophe". By HOUSSEM ZOUARI (AFP)

Residents and activists in Tunisia's industrial hub of Sfax are warning of an "environmental catastrophe" as mountains of uncollected garbage litter the streets of the Mediterranean port city.

"The situation is catastrophic," Mohamed Boujalabane, a resident of Sfax, Tunisia's second city with a population of over one million, told AFP.

"We can't have a normal life any more, there's garbage everywhere and we're afraid for the health of our children and families," he said, a mask covering his face.

For the past 40 days, the trash has piled up in the streets, attracting clouds of flies, even around hospitals and schools.

And the stench is unbearable.

"We've complained to the municipality but so far they've done nothing!" Rabeh Abid, a butcher, said angrily.

Since then, he said, "the municipality has refused to collect the rubbish unless the government" finds a solution.

As a result, the region faces "an environmental catastrophe", warned Chebaane.

Local media reports said the landfill was closed following protests by residents who charged that "toxic waste" was also being dumped at the site, where only household rubbish is allowed.

An ambulance drives along a street in Tunisia's second city of Sfax where stinking garbage has piled up since late September after a main landfill in the region was closed. By HOUSSEM ZOUARI (AFP)

Environment Minister Leila Chikhaoui travelled to Sfax in October to discuss the crisis with city officials.

She proposed the toxic waste be moved to a temporary landfill away from urban and residential areas in Sfax.

But local residents rejected any such temporary solution.

Tunisia, which is home to 12 million people, has repeatedly struggled with waste management problems.

Around 2.5 million tonnes of waste is collected annually, international experts say, and the majority is dumped in landfills without being treated, recycled or incinerated.

According to a recent World Bank report, just 61 percent of waste in the capital Tunis is collected and most ends up in open-air landfills.

Authorities have tried since Tunisia's 2011 revolution to try to crack down on illegal waste dumps but they have limited means to enforce rules.

Divisions among cabinet ministries have also sparked rows between the government and local officials, especially over who should collect toxic waste from places such as hospitals.

In 2020, the North African nation was hit by a scandal involving hundreds of containers of waste shipped from Italy.

They were declared to be carrying plastic for industrial recycling -- but were instead filled with mixed, putrid household waste, which is barred from import under Tunisian law.