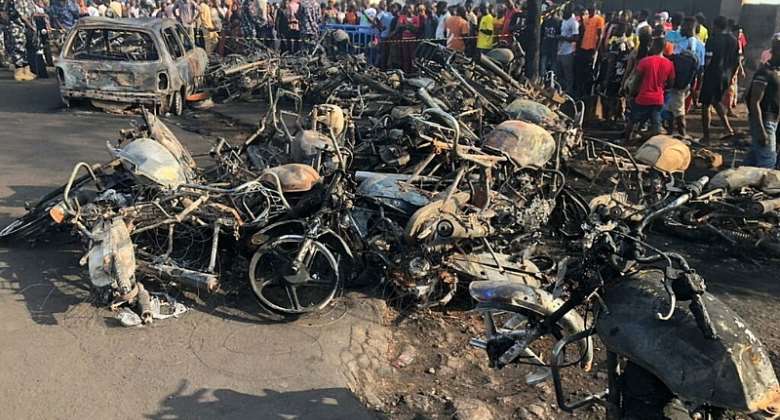 At least 90 people were killed and more than 100 wounded in Freetown on Saturday when a fuel tanker exploded following a collision.

Authorities in Sierra Leone have not released an official death toll but Sinneh Kamara, the manager of the central state morgue in Freetown, said it had received 91 bodies following the blast.

"We've got so many casualties, burnt corpses," said Brima Bureh Sesay, head of the National Disaster Management Agency, in a video from the scene shared online. "It's a terrible, terrible accident."

Images online showed several badly burned victims lying on the streets as fire blazed through shops and houses nearby.

"My profound sympathies with families who have lost loved ones and those who have been maimed as a result," President Julius Maada Bio tweeted.

"My government will do everything to support affected families."

Accidents with tanker trucks in have killed dozens of people who gathered at the site to collect spilled fuel and were hit by secondary blasts.

In 2019, a tanker explosion in eastern Tanzania killed 85 people, while around 50 people were killed in a similar incident in Democratic Republic of Congo in 2018."