Bawumia, if you stop telling lies, I will stop writing about you 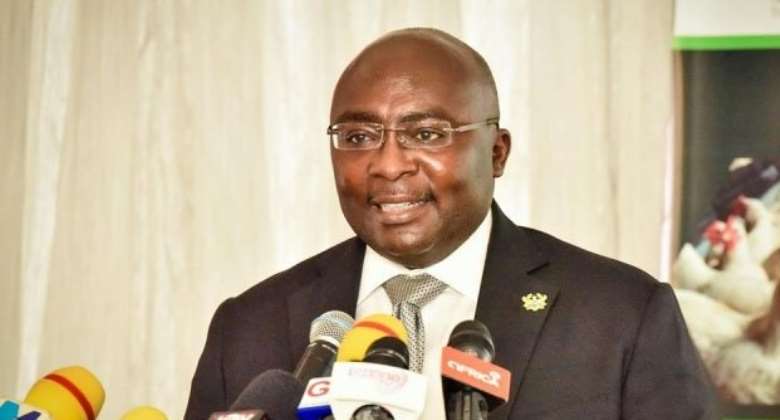 I have made several attempts to stop writing about the Vice-President of Ghana, Mahamudu Bawumia. However, this has been a battle because whatever comes from the mouth of Bawumia is never true.

To him, lying is part of politics but this is rather exposing the dishonesty of the NPP government and continue to damage his reputation.

The Vice President, Dr. Mahamudu Bawumia did say that despite the government's creation of thousands of jobs through various initiatives in the past four years, creating more opportunities for the youth remains a top priority of the Akufo-Addo government.

Ghana is indeed a peaceful country because not all African countries can tolerate such a man as Vice-President.

Many would have called for the resignation of Bawumia, firstly because the man actually doesn’t know what to do as a Vice-President, and secondly, he has never spoken a single truth in politics.

Once you don’t know your job and you are failing in your duties, the need to support it with lies is necessary to many African politicians, including Bawumia.

I am not surprised over the collapse of many banking institutions under the NPP government, while they put every blame of their incompetence on John Mahama. How can an economist print high currency notes into an already-troubled economy?

It’s even more disturbing to think of Bawumia as someone who wants to be a president of Ghana when he has failed in all his duties since the time he was a Governor of Central Bank and became Vice-President.

Apart from all these lies by Bawumia, the fight against Galamsey, the fight against corruption, the medical drones deal, building 350 brand new SHS, one village one dam, one district one factory, and a host of others, Bawumia's new lie emerged last week after denying they promised to build a harbor in Cape Coast.

While in Belgium before Charles Michel stepped down as Belgian prime minister in 2020, he has created 290,000 new jobs, totally reducing the unemployment rate.

Bawumia, everyone knows that politicians are liars but don’t let this be part of your political career because when people lose trust and confidence in you, it will take you years to win back that confidence or never.