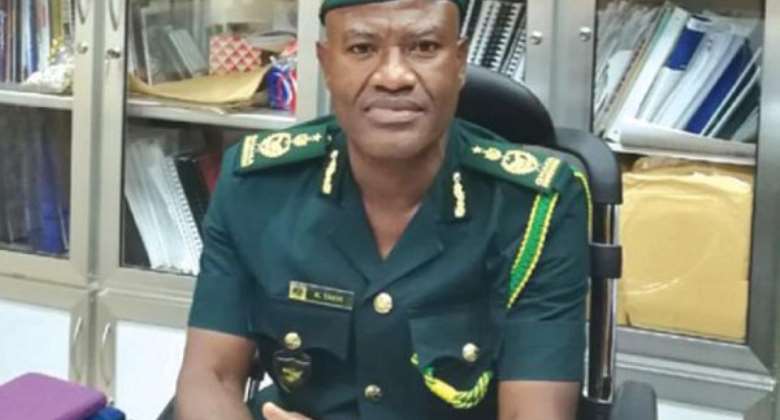 The Comptroller General of the Ghana Immigration Service, Kwame Asuah Takyi said over 49,000 West African nationals who attempted to enter the country illegally have been intercepted.

According to him, the foreigners were intercepted when they tried entering Ghana illegally after the borders were closed as a means of curbing the spread of COVID-19.

Kwame Asuah Takyi who made this known during his tour of some borders and unapproved routes in the Volta Region said his outfit will do everything possible to prevent illegal entry into the country through land borders.

“The borders in the whole country are porous, but we are doing our best. As we speak today, we have intercepted over 49,000 West African citizens who tried to enter Ghana. So our officers are doing great work, not only the Immigration Service, but all the other security services.”

He reiterated that county’s land borders remain closed to human traffic except for the transportation of cargo, amidst the threat of COVID-19.

He expressed worried that some illegal migrants from neighbouring countries such as Burkina Faso, Mali, Sierra Leone, Guinea, Nigeria and others keep sneaking into the country and are being intercepted by the immigration officers.

The Comptroller General said investigations by the Service revealed that the undocumented migrants tried entering Ghana for farming and other economic activities.

According to him, his outfit is collaborating effectively with other security agencies to protect the borders of the country

He therefore appealed to the public to collaborate with the state agencies to deal with the situation.