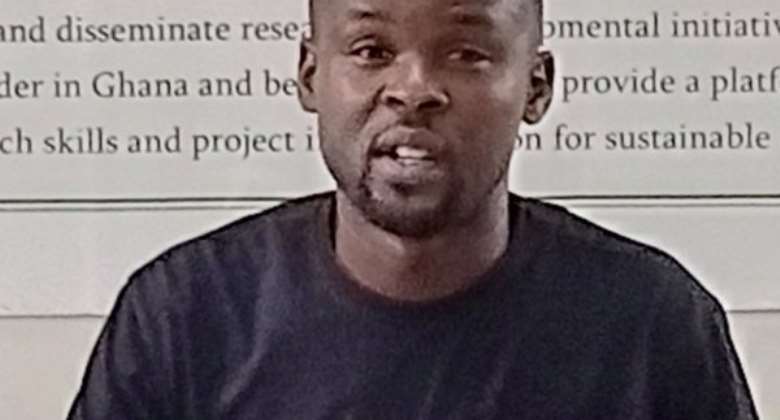 Ghana's susceptibility to climate change is assuming alarming proportions, Professor Berchie Asiedu, the Director of the Centre for Climate Change and Gender Studies of the University of Energy and Natural Resources (UENR) has said Wednesday.

He said though Ghana's greenhouse emission of 0.07 per cent remained insignificant, the impact of climate change was being felt in parts of the country, requiring a concerted and collective approach to tackle.

Prof Asiedu said the nation's greenhouse per capita emission ranked 151 out of 186 countries, according to the 2016 ND-GAIN index of the Netherlands, but he added the country's climate change vulnerability remained disturbing.

Addressing a news conference in Sunyani, as world leaders gathered in Glasgow, Scotland for the 26th Conference of Parties of the United Nations Framework Convention on Climate Change (UNFCCC), Prof Asiedu said it was the responsibility of every Ghanaian to contribute to climate change mitigation measures to save the nation.

Prof. Asiedu said some parts of the country were currently experiencing recurring flooding, prolonged drought and dry season as well as unpredicted rainfall and weather patterns and acute water challenges, which had huge devastating effects on the nation in the long term.

“A just and fairer playing field for developing countries and highly vulnerable groups such as women and girls in poor regions, including Africa, is a key to create durable solutions and climate benefits,” he said.

Climate change, Dr Addaney said threatened the attainment of sustainable development as it resulted in more erratic flooding and drought, shifting of rainfall patterns and their decreasing predictability, increased natural disasters, biodiversity destruction and spread of diseases, resulting from warming temperatures on land and sea.

“Given the size of the climate challenge, its impacts exacerbate existing inequalities, poverty, conflicts and migrations with a disproportionate effect on low-income countries, local communities, indigenous peoples, marginalized and vulnerable groups, particularly those on the African continent,” he said.

Dr Addaney emphasized the need for significant budgetary commitment and other required resources into research initiatives and climate-smart and sustainable innovations and businesses.

There is also the need to build the entrepreneurial capacity of people at the local and national levels by creating and supporting opportunities for climate-focused training and education.

He, therefore, called on the Ministry of Education through the Ghana Tertiary Education Commission (GTEC) and the Ghana Education Service (GES) to, as a matter of urgency, ensure implementation of capacity building and transformative education through a multi-disciplinary approach by integrating a climate education programme in national curriculum from an early age, supported by all relevant ministries and institutions.

Dr Addaney said farmers, especially in rural areas, ought to be provided with financial support, capacity building and training in organic, regenerative and climate-resilient techniques.

“We must also invest in and promote sustainable packaging technology, which minimizes the use of plastic and other polluting materials as much as possible and standardize packaging so that it can be reused and recycled efficiently based on, but not limited to, carbon intensity, water consumption, packaging and food origin for large supply chain actors,” Dr Addaney stated.