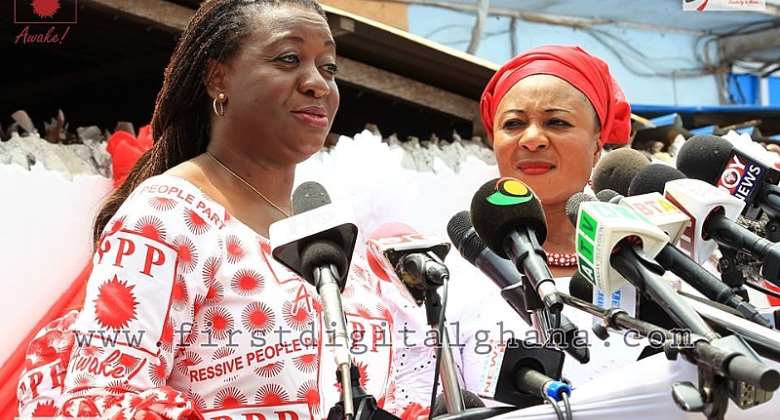 The 2020 Presidential Candidate of the Progressive People’s Party (PPP), Brigitte Dzogbenuku, has blamed the party’s woes in the elections on the collapse of its founder’s businesses.

She believes the party would have been a greater force to contend with if they had not suffered funding issues prior to the elections.

“We suffered funding issues in the election. The founder of our party suffered a lot of issues, his businesses crippled and he was put in a difficult position. It was a discredit to the party if the leader was in such a position,” she stated.

She claims Dr. Paa Kwesi Nduom’s businesses were crippled purposely to disadvantage the PPP which was seen as an alternative to the two major political parties in Ghana, the New Patriotic Party (NPP) and the National Democratic Congress (NDC).

“We were put in that position and disadvantaged. There was little to look back to after that,” she stated.

She, however, told Samuel Eshun on the Happy Morning Show, the party received some contributions from people who believe in vision of the party.