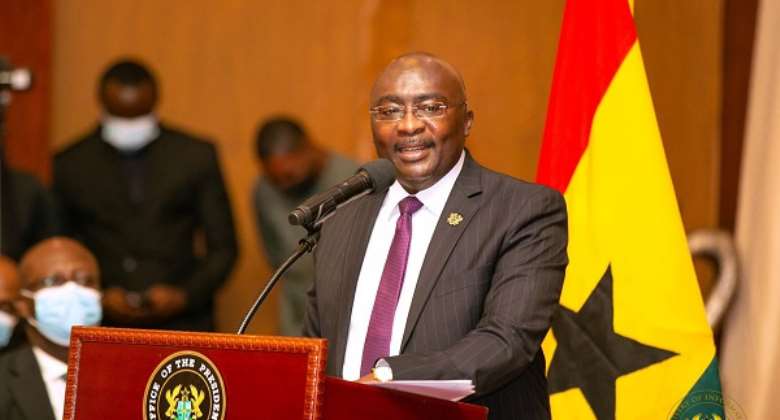 The Media Foundation for West Africa (MFWA) has through its FactCheck Ghana revealed that Vice President Dr. Mahamudu Bawumia was not honest with Ghanaians.

The Vice President on Tuesday, November 2, 2021, gave a lecture at the Ashesi University on the theme “Transforming an economy through digitalisation: The Ghana story.”

Having monitored the lecture, the Media Foundation for West Africa has punched holes in some of the claims made by Dr. Bawumia.

According to Kwaku Krobea Asante who is a Programmes Officer for MFWA, the claim of the government installing 10,000 CCTV cameras in the country is untrue.

“The vice president said that the government has fixed 10,000 CCTV cameras. Coincidentally, yesterday which was November 2 when he was making that claim, hours before he made that claim at Ashesi University the Minister for National Security, Mr. Albert Kan Dapaah had spoken at parliament reacting to some questions and he mentioned that to date 6,500 CCTV cameras have been installed.

“A month before this whole incident, the President at a graduation ceremony by the police and he also said that 6,500 had been done at the time and he envisages that by the end of the year which is December, 10,000 will be installed which is consistent with what the national security minister was saying.

“So this is very inconsistent with what the vice president said trying to say 10,000 had been installed at the time he was speaking,” Kwaku Krobea Asante told Citi News on Wednesday night.

Further noting that the claim Ghana is the first to implement mobile money interoperability with banks is not factual as noted by the vice president. FactCheck Ghana says it is now going to scrutinize all the claims Dr. Bawumia made at his lecture and will soon bring out all the misleading claims and inconsistencies.

'Men should admit failure in leadership and pass on the mant...
53 minutes ago