‘Practicing law is not a right’ – Godfred Dame [Video] 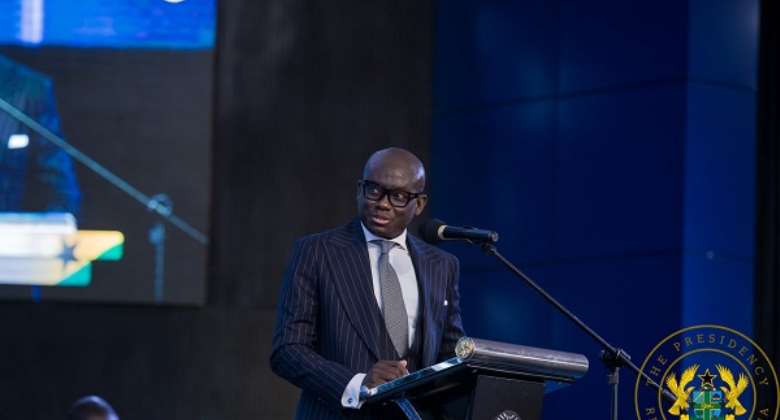 Attorney General and Minister for Justice, Godfred Dame, has admonished lawyers to live up to expectations in the country.

According to him, the profession is a privilege and not a right.

He said this during the induction ceremony of new executives of the Ghana Bar Association (GBA) earlier in the week.

“Mr. President and new executives, you owe a duty to drive home the point that the practice of law is not a right, it is a privilege. Along with it comes a moral obligation and a legal duty to uphold the dignity of the profession to ensure that the privileged call to the bar is not abused through unprincipled and disreputable conduct,” he advised.

Mr. Dame was also not enthused about the disregard of ethical standards in the legal profession.

“Standards of practice have declined to their lowest depths, and I speak from experience of what I witnessed in the Supreme Court last week in the conduct of some lawyers in certain cases that they handled. Ethics is virtually thrown to the dogs in the dishonourable quest of some lawyers to win a case.”

He believes “it is only when practitioners maintain the highest standards of ethical standards that the law will continue to be a noble profession”.

Mr. Dame thus admonished the new executives of the GBA to stem the tide by constantly upholding moral standards and ethics.

The Attorney General’s comments come on the back of challenges LLB graduates face while trying to access professional legal training at the Ghana School of Law.

Some 499 LLB graduates who participated in the recently held law school entrance exam have dragged the General Legal Council and the Attorney General to court, insisting that they passed but were deliberately denied admission.

Although Parliament stepped in and directed the Attorney General to liaise with the General Legal Council to ensure that the 499 students are admitted, Mr. Dame insisted that the law-making body was going beyond its boundaries.