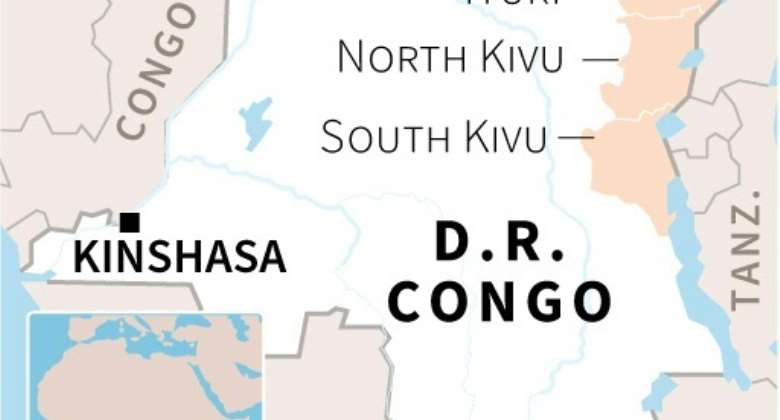 Six rebels, two policemen and a soldier were killed when an armed group raided the eastern DR Congo town of Bukavu early Wednesday, the governor of South Kivu province said.

"We also sadly lost three members of our security force," he said.

Ngwabidje said the town had been attacked from 1 am by a group that had targeted several police stations.

"The situation is under control," he said.

He said investigations were under way to identify the attackers.

A military source earlier said the assailants were from a previously unknown group called the CPC64.

The region's military commander, Bob Kilubi Ngoy, said the group had sought to free members who had been arrested by police several days earlier.

The group attacked a military base in a bid to steal ammunition but were pushed back, and then tried to head to the town centre but were also repelled, he said.

Light and heavy weapons fire continued until the early morning, prompting residents to shelter at home.

The authorities showed off men whom they described as arrested rebels, as well as the 14 seized weapons.

Most of the captives were young, barefoot and wearing civilian clothes.

More than 120 armed groups roam eastern Democratic Republic of Congo (DRC), many of them a legacy of regional wars that flared a quarter-century ago.

South Kivu, which lies on the border with Rwanda and Burundi, has been badly hit by their attacks, although the overnight raid on Bukavu is the town's biggest attack in years.