President Buhari of Nigeria, Demands More and Reliable Energy for Africa from COP26 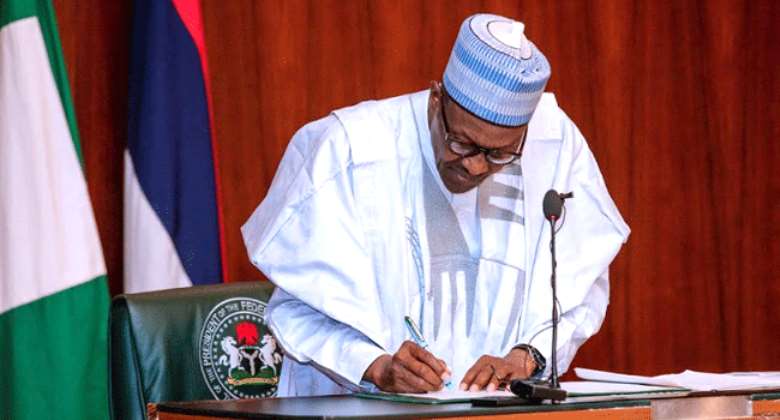 Mahammadu Buhari, president of Nigeria, issued a forceful statement (printed below) to the COP26 Summit, on the need for African nations to have access to abundant and reliable energy. This followed by one week, a likeminded statement from President Yoweri Museveni of Uganda.

Western nations, global institutions, and the international banks, have declared that African nations should not have the energy-i.e., electricity needed to fully develop their nations. So called renewables, wind and solar energy are inefficient and inadequate to power industrialized nations. COP26 and the fanatical neo-Malthusians who spawned the radical environmentalist movement, do not want African nations to develop. They do not want to see African nations become industrialized. They would rather see the population of Africa reduced. They are using so called environmental concerns to deny African nations the right to eliminate poverty and have access to 1,500 watts of electricity 24 hours a day-7 days a week, like Western nations. Western nations developed because they had access to abundant and reliable energy. Sub-Saharan African needs an additional 1,000 gigawatts of power. Yet, COP26 is trying to impose inferior and limited energy for African, and all developing nations. Why was nuclear energy, which is an absolute necessity for Africa, not even allowed to be brought up for discussion at COP26? For six decades, since the liberation of Africa from the colonial powers, there has been no effort to bring light i.e., electricity to Africa. However, now these same nations want to limit energy to prevent the industrialization of African nations. This is a complete fraud! Africans are dying daily from multiple causes; all related to the lack of energy. Why hasn’t the international community been concerned enough for the last sixty years to empower African nations to build adequate national electricity grids? Worth thinking about.

“Without extra and stable power, we cannot build the factories that will transform Africa from a low-job, extractives-led economy to a high employment middle-income continent. Children cannot learn for longer and better by battery light any more than by candlelight. No more than the Africa of today, the Africa of tomorrow cannot advance using energy production that intermittently delivers.”

Dire warnings of the end of the world are as old as civilization itself. But each year as the countdown to United Nations Climate Change Conference (COP) begins, they grow in volume and intensity. Recently, senior United Nations officials raised the alarm of “world conflict and chaos” and mass migrations and institutional collapse should greenhouse gas emissions remain unchecked for much longer.

Mankind has a duty to act on these dangers. But because of their seriousness we must not do so rashly. It is an inconvenient truth, but energy solutions proposed by those most eager to address the climate crisis are fuel for the instability of which they warn. No more clearly can this be seen than in Africa.

For today’s 1.3 billion Africans, access to low-cost and reliable energy is the highest of all possible concerns. Estimated to rise to 2.5 billion by 2050—by 2100 Nigeria alone is projected to have the second largest population on the planet—this “great doubling” (for Nigeria, quadrupling) has the right to more dependable electricity than their forebears.

Without extra and stable power, we cannot build the factories that will transform Africa from a low-job, extractives-led economy to a high employment middle-income continent. Children cannot learn for longer and better by battery light any more than by candlelight. No more than the Africa of today, the Africa of tomorrow cannot advance using energy production that intermittently delivers.

Yet in our rush to address climate concerns, and for western aid agencies and investors to burnish their green credentials, we rush to install the most alternative of energy sources which are often the most unreliable. Wind and solar, the most fashionable of modern energy technologies, are flawed by their reliance on back-up diesel generators or batteries for when there is no wind for the turbines or sun for the panels.

It also seems unnoticed that in our global rush for electric cars we risk replacing the last century’s scramble for fossil fuels with a new global race in lithium for batteries. Where significant deposits are to be found, such as in Africa, this could endanger geopolitical stability. This makes the economic migrations the U.N. warned of more likely. We must think carefully whether our dash to terminate the use of fossil fuels so swiftly is as wise as it sounds.

A view of yellow canola fields

A view of yellow canola fields, wind-turbines and snowy mountains close to the town of Ceres, about 180 km from Cape Town.RODGER BOSCH/AFP VIA GETTY IMAGES

There is no single “green bullet” that can be deployed either in Africa or the world that solves concerns of environmentalists while simultaneously offering the power to fuel hope of greater wealth and progress for the extra 1 billion citizens of our African future.

But there are certain things we can and must do—starting with transitioning to cleaner, but consistent, energy production. Fossil fuel power generation that can provide electricity 24 hours a day in all conditions can be re-tooled greener through carbon capture and the conversion of coal and heavy fuel oil power stations to biomass. We can bring forward new technologies such as mini-hydro power plants which can operate and produce power day and night along shallow waterways without damaging the aquatic life on which local communities are sustained.

We can also invest in nuclear. Though not renewable it is carbon neutral and capable of producing baseload, constant electricity production on which sustained economic progress can be built. Nigeria is among a handful of African countries exploring nuclear power, with a research reactor already operational.

And we can also learn from our friends in Europe and America who do not always practice what they preach. We call on them to lift the moratorium they have placed on fossil fuel investments in Africa. Nigeria has pledged to eliminate illegal gas flaring by 2030—a by-product of our oil industry—and harness it for electricity production. Our intention to end Nigeria’s single greatest contribution to greenhouse emissions may stall without it. Yet there are no such limitations on investment in natural gas power in the West where it is considered a transitional energy source.

There is a deal to be done at COP26, but none without the agreement of the nations of Africa. The climate warnings we hear them. We live them. But no one has the right to deny the advancement of our continent. Yet unless the developed world wakes up, we run the risk of trying to fix the climate crisis with an energy crisis.

Muhammadu Buhari is president of Nigeria.