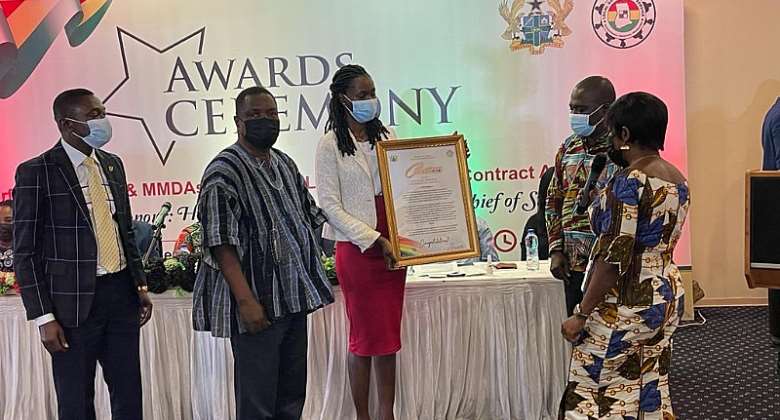 The sixteen RCCs were adjudged for their performances in coordinating for national development and ensuring the sustainability of peace in the regions.

The coordinating councils serve as an agent for the decentralization concept charge with responsibilities to coordinate effectively between the Metropolitan, Municipal and District Assemblies (MMDAs) in the regions and the central government.

The Bono East Region is of no exception as it was among the newly created regions four years ago and has been working to improve the socio-economic development of the people especially in the agricultural development space in the area.

In its perspective, the region for the few years has been able to sustain the peace in the political arena, boost farming activities through the government flagship programmes to improve food security.

The region notwithstanding is the hub of agriculture and tourism in the country since its geographical location was well positioned allowing the White Volta and other water body sources to run through creating a large scale of vegetation for farming to grow and feed the country and for export.

The Bono East Region is among the most peaceful regions in the country and hubs one of the largest markets (Techiman Market) in the West African Sub-Region that receives trades, business and people who come to trade and do businesses in the area. Countries such as Burkina Faso, Niger, Nigeria, Mali, Togo and Ivory Coast rely on the Techiman market for local foods and commodities.

Mr Kwesi Adu-Gyan Bono East Regional Minister and Mr George Padmore Mensah Chief Director for the Coordinating Council received an award of citation for the hard work geared towards the development of the region among others.

“Your commitment and dedicated approach towards development have resulted in your RCC’s excellence and distinguishing yourself as one of the best among your peers we say Ayeekoo”, it read.

The Chief Director noted that per the Local Government Act 936, section 54 (fg) of 2016 mandates the Local Government Services Council to come out with performance standards for the Regional Coordinating Councils and Metropolitan, Municipal and District Assemblies (MMDAs) across the country.

Mr Mensah explained that the RCC signed the performance contract with the Local Government Service in areas such as general administration, human resource management, finance management and Reporting and services in the 2020 administrative year.

He further explained that a team from the Council embarked on an evaluation exercise on performance of the RCC’s and scored the BERCC 86.95 percent which won the third position, while the Nkoranza North District in the same region came first with 92.5 percent among 10 MMDAs selected across the country.

Mr Mensah disclosed that the RCC was awarded a motorbike, two computers with accessories, citation to acknowledge their hard work and motivate them to do more.

He commended the Regional Minister, staff and heads of department for their cooperation and support to bring the RCC thus far.