A Friend In A Pocket 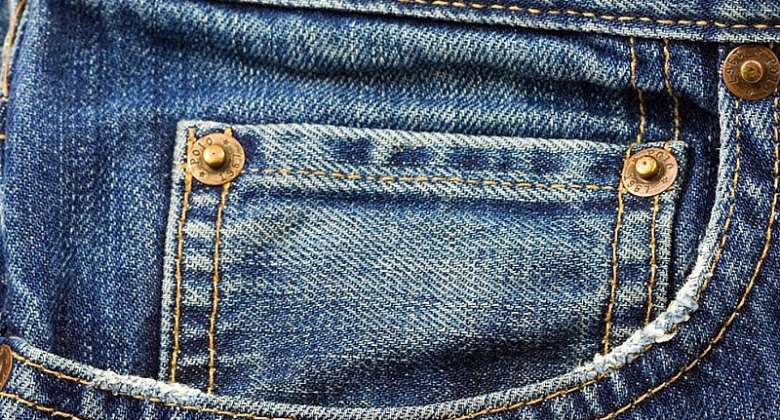 The very first time they started forging a communion together was actually after they had performed abysmally in the mid-semester exam.

And as the saying goes, ‘misery loves company’. Therefore, misery drew them closer to each other, as their lecturer took to pronouncing to the entire class the marks each student had scored. They are just fresh level hundred(s) so perchance this shouldn’t demoralise them, but rather embolden them to stick to their handouts and aim at pleasing their parents’ hard efforts.

Among these friends, Mubarak scored the highest mark in the exam, 19 over 20. Alhassan had 7 marks out of 20. Sherif had 3 and, Abdul Latif scored 4 out of 20. So, it was Sherif who came last in the exams. Lecturer Apkorlu didn’t shame them by announcing their respective marks. He only scared them that he’s going to use it for the final appraisal so that they’ll tauten their studies and make their parents proud. “Life in the tertiary is all about studies, not about making buddies,” his conviction though.

Now that the lecturer had left, the lecture hall was thrown into a frenzy. You’d bethink it’s a primary five class — students have started tantalising themselves. Those who performed well are making friends with only those who’d performed well. Those below ten marks are exchanging contacts with those below ten marks, too. In fact, if you scored below five, you needed not to be told that you’d have a circle of deadheaded students or morons, to be precise.

But Mubarak, the highest mark scorer, moved towards his brothers in faith and to spice their saddening fate. “You don’t have to worry. Besides, we are only one month on campus. More exams will be written. And I can promise that you’ll excel. So no need to be looking dull; the world isn’t coming to an end today. And hey. . .who knows the exact time the campus mosque offers the afternoon prayer?” A. Latif raised his hands up and said, “oh, it’ll be said in some ten minutes’ time.”

Ever since the mishap they had never taken their lessons for granted. All of them were being fended for, except A. Latif and Sherif who catered for themselves. They were in charge of their school bills and other expenses which had to do with schooling.

Their bond grown beyond mere friends so much that days that they’ll report on campus and one or two of them had no money, they would visit their paymaster — A. Latif — who always had a superfluous cashflow ready to disburse. He wouldn’t just buy them food but would, as well, dole to them something small for their upkeep throughout the week. On some occasions, he had borrowed them money and, consciously exercised patience for them to successfully refund the money in its due measure.

What beautified their friendliness was the spirit of selflessness — covering up for each other. When A. Latif started coming for lectures late and sometimes he doesn’t show up at all. As good fellows they made sure that his name appeared in all attendance lists which were compiled during lecture hours. And times that they had to quickly solve questions in class for five marks or so, they stood for him. Every one called them the big four.

After they had written their sixth semester exams, they were all doing well more than some of their course mates who had excelled in the communication skills exam which brought disrepute to them in their early days on campus. This comeback of theirs confirms Collin R. Davids philosophical statement that: “The road to success and the road to failure are almost exactly the same.” In short, they didn’t give up!

In their last semester on campus, A. Latif had now begun showing some signs of notoriety but they couldn’t really factorise the root cause out. It’s not that he didn’t come to lectures and all. He came for lectures and had taken part in project works etc.

But the shocking news is that, one day, he came for lectures carrying a huge bag. His eyes were reddish as if he hadn’t eaten for ages. “What’s wrong with you, boy?” asked Alhassan. “You know the herbal concoction I oftentimes put into my nostrils? I mean the “Asala”. Today’s own is a hard one and that’s why my eyes are looking reddish,” said A. Latif “Okay. Noted!”

This revelation wasn’t heartbreaking, not until Sherif would later know that there were more to it than their friend’s claim of only putting some concoctions into his nostrils. Abdul Latif is cannily into the sale of weed and other substances that didn’t have a name. What he does is that he covers it with the yam business.

They, together with his uncle, had a vast land mainly for yam production. This uncle of his had travelled to the States so he���s in charge of the business. Now he is making a lot of money via the business and, surreptitiously, his underhand weed business also fetches him some more. This, A Latif, disclosed not to all of his friends but only Sherif, who doubles as his best friend. Though they are all best friends, he is more into Sherif than the rest. “I promise this is safe and sealed,” said Sherif after he had gotten to know about his friend’s underhand dealings.

Lately, A. Latif now comes for lectures late, and his always cruising in flashy cars. Anytime he’d get to his fellows he’d whisper to them: “the driver behind the wheel is just a friend. The Interior Minister is her uncle. We’re now making moves for people to enter into the security services. But currently the only service which is moving swiftly is the Immigration Service.”

In order to convince them more he would show a number of documents he’s working on. No matter how loud they yelled at him to get serious with lectures and sit his ass down for the last semester exam, he didn’t give them a hearing. Why would he waste his time when he’s making a lot of cash through the weed and yam business and serving as a self-made third party recruiting agent? There’s no sense in what he’s friends were saying.

When they were left with their last paper to write, A. Latif started mentioning to his friends the need for them to also endeavour and get recruited into the service, especially Immigration. “Fellows, after tertiary, we can be sitting at home for over five years without a job. Those in government would not do anything about it. Their relatives are all covered. They’ll come and be telling us to enter into entrepreneurship bla bla. Meanwhile their sons and daughters are all on government payroll. Had it not been that I am a person with reduced mobility I’d have done this shoddy movement long ago. ‘The way I’ll wow you when I finally jump into the uniform. If you’re not lucky, you Mubarak, I’ll get hold of your Jenifer and Shemima.” “We’ve heard you, protocol officer! Leave here with your k-legged!”

It was after they had done three months into national service and had gone for their graduation ceremony that they got to know that A. latif didn’t show up, because he had like four referrals to write. Later in the day, he met his friends and informed them that they had better take the service job seriously. “Immigration Service will open its portal for application so you guys should be smart if not smarter!”

They realised the credence of A. Latif’s appeal when their course mate, Stephenson, news surfaced that he has shunned national service and joined the officer cadet of Immigration Service recruitment, even with his third class, as A. latif’s intermediary role has proven resolute for him. “So soon, Stephenson will also wear a uniform? We need to get canny!”

Their initial plan was to enter into an entrepreneurial business with the funds they would have saved from their National Service, but they extemporaneously had a change of mind and arranged with their friend, to work things out for them so that they’ll also get recruited by the Immigration Service. “If it were to be my wish, I’d not have collected you any money for this deal. But you know the lady I’m working with has to account to the big men and I can’t do anything about it, except I’ll plead with her to prune one thousand cedi from the money so that you’ll pay ten thousand cedi each. Trust me everything will go on fruitfully. You’ll recoup this money in no less than three months and would even get married in your fourth month. I swear!”

The application portal was finally opened on January fifteenth, four months after they had paid a total sum of thirty thousand to A. Latif so that he’ll help them to secure a solid slot in the Immigration Service.

They applied and were selected. They joined a teaming number of youth(s) at their various districts where the documentation and body selection, as parts of the recruitment process of Immigration Service were being held. They passed those preliminary stages and even had to sit for an aptitude test, which they did.

Their friend, A. Latif, kept updating them that these processes were nothing but mere paper works. “You’ll soon be called for training. Don’t let the crowd scare you. The same thing did Stephenson go through. The officers call it formalities — and eye service. You don’t pay, you won’t wear the uniform. And haven’t you guys paid?” “Yes, we’ve paid.” “So don’t worry at all!”

However, that was the last time they heard from A. Latif. And they didn’t hear from the Immigration Service too. Nobody called them. They had to sit home for another three years of waiting and trying other security services, but nothing really worked for them. The capital that they could have used for something engaging was what they’d given it out.

They would later get to know that their most trusted A. Latif had used their money to pay for his travelling expenses, after news had broken that the Police had ransacked his yam plantation because it’s not only yam they are cultivating there, but they grow weed too. He is now resting in the States. His promise of sending them their money was even too good to be true. They had now taken a part-time job and earning something little for their upkeep.

Today, the Immigration Service has announced the sale of their voucher for potential recruits to buy and have them completed, if they so wish to join the service. They had gone for the voucher for the fourth time, even after trying that of other security services and they hadn’t been taken because they don’t know any big man there or anywhere.

So this time round, as they are working with an immigration officer who claims he works diametrically with the big men themselves. And had promised that their slots would be reserved and wouldn’t have to go through body selection, documentation, aptitude test and even medicals, as soon as they pay twenty five thousand cedi each.

Well, they are on the necks of their parents harassing them to raise the said amount of money for them to capriciously gained admission into the Immigration Service.

What at all are these three gullible graduates, Mubarak, Alhassan and Sherif looking for in this world? Can’t they think, for once, outside the box? The only thing which comes to mind is the saying of Frank Anderson Aidoo: “Experience doesn’t always make you wise; it’s rather an evaluated experience that makes us wise.”

But for that Latif, isn’t he a thief? And how would he even make it to heaven? I mean God’s heaven, not “glass nkoaa”!

Finance Minister announce transactions to be excluded from E...
1 minute ago