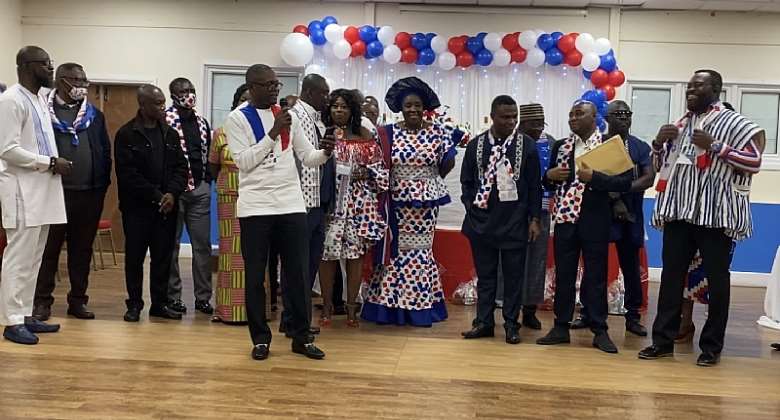 On the 30th of October, 2021 in East London, the dream of many was finally realised. The NPP UK East London Chapter was successfully inaugurated.

On his part, the 2nd Vice Chairman of NPP UK, Mr Kingsley Adumattah Agyapong (Wofa K) who led the ceremony, used the occasion to congratulate all members and executives of the East London Chapter and charged them to work together with the wider NPP UK membership to help 'break the 8' in 2024.

He also took the opportunity to highlight some of the key achievements of the current leadership of NPP UK led by Chairman Kwaku Nkansah Paa Nii. Notably, the many members of the NPP UK who were in Ghana to support the 2020 elections and contributed in many ways to the re-election of HE Nana Addo Dankwa Akufo-Addo.

In addition, the 2nd Vice Chairman cautioned NPP UK election hopefuls and their supporters, to tone down their electioneering rhetoric, as the party move closer to election campaigning in 2022. This he said, is to help unite the party and to make reconciliation manageable after the 2022 elections.

During his speech, Mr Yaw Boadu, Chairman of the East London Chapter thanked NPP UK Branch executives for the inauguration and promised to work hard with his executives to continue to support the work of the NPP UK.

The occasion which was characterised by a dominant sea of blue and white colours was attended by many members from most chapters of the NPP UK.