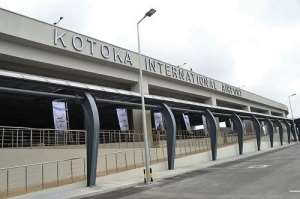 This week’s edition of Aviation This Week focuses on topical aviation industry stories between October 25 - 30, 2021 relevant to Ghana’s aviation space. Here are the highlights:

A study by the African Competition Forum (ACF) focusing on fares of African airlines has revealed that Kenya Airways charges the highest average fares on its domestic, regional and international flights.

The ACF’s data was gathered in October 2019 from airline websites for their ticket pricing between November 2019 and March 2020.

The Vector Control Services of Zoomlion Ghana Limited has disinfected the Kumasi, Tamale and Kotoka Airports.

The exercise which has become a monthly ritual was conducted simultaneously at all the facilities on October 26, 2021, to eliminate the COVID-19 virus within and around the airports.

Africa World Airlines (AWA) has issued the 12th edition of its FlyAfrica Magazine for the period November 2021 to January 2022. The magazine features among others, content about the airlines’ 9 years of operation, tourism destination recommendations, and facts about Abuja.

Copies of the magazine are available online and on-board the airline.

Kenya Airways and Ethiopian Airlines have been adjudged the Best Airline in Air Connectivity in Africa and Corporate Governance respectively.

Aviance Ghana has implemented CHAMP’s Cargospot Handling solution to enhance its efficiency in ground handling operations, among others.

The system offered by CHAMP is used by major airport and aviation players to reduce time, save money and enhance ground and airport terminal operations.

Qatar Airways has rolled out its new and improved corporate rewards for Small and Medium Enterprises.

The program provides five tiers for registered companies of which the associated tier rewards can be redeemed for flights and more.

Emirates Airlines is seeking to expand its pre-COVID-19 pandemic capacity by employing 6,000 staff to fill vacancies of pilots, cabin crew, maintenance engineers, among others.

Emirates in September 2021 announced it was going to recruit 3,000 people however, it appears the number of staff needed has increased to meet the growing travel numbers.

RwandAir has announced a new addition to its global route network. Effective December 1, 2021, it will be operating flights between Kigali and Doha.

Air France and KLM have further expressed their commitment to reducing CO2 emissions by signing a letter of intent to cooperate with the Science Based Targets initiative (SBTi).

Both airlines and the entire Air-France KLM Group seek to employ measures like fleet renewal, Sustainable Aviation Fuel (SAF) and other operational innovations to reduce the emissions.

The taskforce is a non-profit organization made of global airline leaders and has a goal to accelerate breakthroughs in emerging decarbonization technologies by 10 years or more.

British Airways to Continue Upgrade of B777 First Class Seats

British Airways has announced it will continue to upgrade the seats in the First Class Cabins of its Boeing 777 fleet till the end of 2022.

The seat offers direct-aisle access, a suite door for greater privacy and luxurious flat-bed seats in a 1-2-1 configuration, among others.