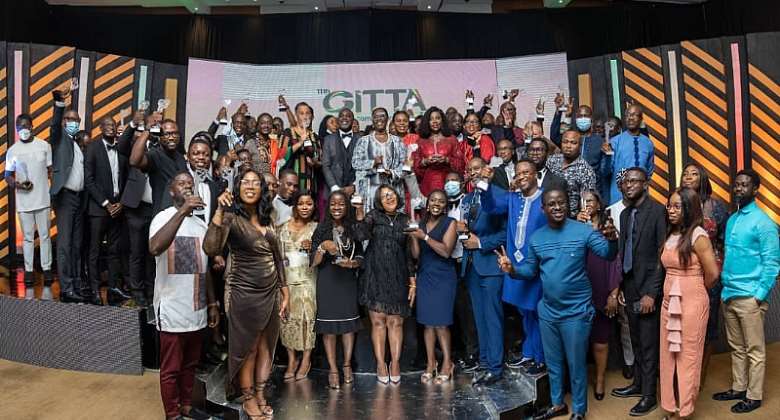 Now in its 11th year, the Ghana Information Technology and Telecom Awards has become the cornerstone that promotes and celebrates governments, operators, ISP, infrastructure providers, Fintechs, banks, and other stakeholders.

The event seeks to share the progress of their successful ICT innovations, aiming to further enhance the Ghanaian community as part of the government’s vision of a robust digital economy.

Powered by InstinctWave and co-hosting with the 6th Edition of the newly rebranded Africa Digital Economy Awards, this year’s awards recognised digitisation across all sectors with an award for players in Public Sector, Banking, Telecoms, ICT, Manufacturing, Agriculture, Health, and all other sectors involved in digitisation.

Expressing his excitement about this year’s edition of the awards scheme, InstinctWave Chief Executive Officer, Akin Naphtal stressed its importance, noting that the awards is a catalyst of innovation and digitization on the African continent at large.

“We cannot underestimate the role of technology and digitization and its importance to national development and the development of the entire continent of Africa,” Mr Naphtal noted.

In his welcome address, the InstinctWave CEO added, "I would use this opportunity to congratulate all award winners, we are not in a competition for ourselves but for the benefit of our growing digital citizens who now rely on our daily service delivery to improve their business and livelihood."

On the glamourous night of the 2021 GITTA held at the Movenpick Ambassador Hotel, MTN Ghana won big [9 awards] as a number of personnel and services took home various awards.

The reliable network provider was named Mobile Data Service Provider of the Year, Customer Experience of the Year, and also given Excellence in Social Investment award.

For the icing on the cake, the Chief Executive Officer of MTN Ghana, Selorm Adadevoh was named the CEO of the Year at the 2021 GITTA.

On the night, Vodafone Ghana emerged with the second highest number of awards.

For the other winners on the night, the Minister for Communications and Digitalisation, Ursula Owusu-Ekuful received the digital leader of the year award with TECHNO and ATC being named Smartphone Brand of the Year and Wireless Infrastructure Provider of the Year respectively.

Below is the full list of awardees for the 2021 GITTA: