You collected your refund from EC chop and now deceiving the footsoldiers, I weep for NDC — Koku Anyidoho 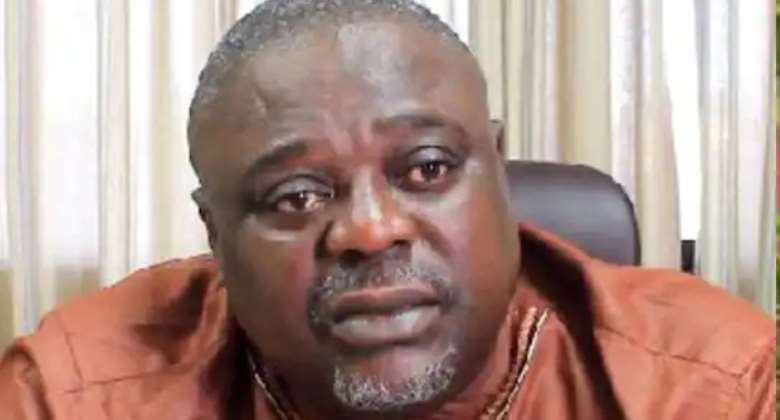 The NDC demanded for refund of the monies filed for their presidential candidate, John Dramani Mahama, the immediate past Deputy General of the NDC said.

According to the laws, filing fee for presidential candidates was only a deposit per a benchmark set by EC and would be refunded to candidates who polled 25 per cent of valid votes cast in the presidential election.

Per regulations 8 (1b) of C.I 127, “a candidate for presidential and parliamentary elections shall, at the time of nomination of the candidate, deposit or cause to be deposited an amount of money determined by the EC”.

Regulation 46 (1) of C.I 127 states that “Subject to regulation 13, a deposit made by a candidate under this Regulations, shall as soon as practicable after the results of an election is declared, be:

This according to one of the series of tweets on Friday October 29, 2021 by the Immediate-Past NDC Deputy General Secretary that “So, they accepted the EC’s announced results, & went ahead to demand for a refund of their monies? So, they have collected the refund and “chopped” and are Deceiving the Footsoldiers? I weep for my NDC!”

The statement made on social media by Koku Anyihodo indicating that the opposition wrote to the EC for refund indicates that they have accepted defeat of the 2020 elections.

Former Presidential Aide & Head of Communications, Office of the President, Ghana was of the view that his former boss, Johnson Asiedu-Nketiah is a dangerous man as far as the democracy of Ghana is concerned.

He therefore asked Asiedu Nketia to dare him to expose his letter written to the EC demanding for refund of their monies.

“I want, Asiedu-Nketiah, to dare me to expose his letter to the EC, demanding for the refund of monies based on his tacit acceptance of the 2020 General Election,” he continued.

Touching on matters concerning his party, Koku Anyidoho advised the NDC to get rid of its General Secretary for the betterment of the party.

“If the NDC does not get rid of, Johnson Kwadwo Asiedu-Nketiah, the NDC, Shall die! Let Asiedu-Nketiah account for monies he has received on behalf of the NDC from the EC,” he stated in another tweet.

What's the big deal if military is withdrawn from Speaker Ba...
14 minutes ago

Bogoso explosion: 500 houses blown into pieces at Appiatse
16 minutes ago