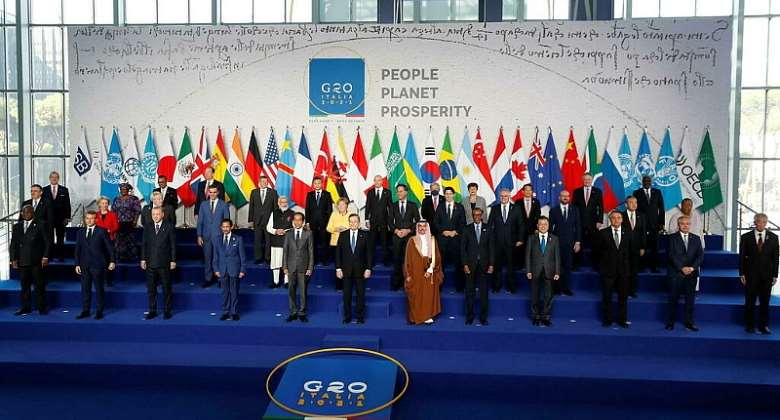 French President Emmanuel Macron and his Indonesian counterpart Joko Widodo on Saturday vowed to work toward a "true strategic partnership", France's presidency said, after Paris was locked out of a defence pact between the US, UK and Australia. He also reiterated his desire to work more closely with India. His comments came after meetings on the sidelines of the G20 summit in Rome.

Since losing a major submarine deal with Canberra, which joined an AUKUS alliance to better counter China, France has sought solace in leading Southeast Asian nations for deeper strategic ties in the Pacific region.

On the sidelines of the G20 summit in Rome, Widodo and Macron met for half an hour discussing the growing economic clout of the region and the rivalry between the United States and China.

They "decided to work on a true strategic partnership in the Indo-Pacific," said the French side.

"With our partners, we'll continue to act to that the Indo-Pacific region remains one of peace and cooperation," Macron wrote on Twitter. "Indonesia is a key to this success, and is more than a partner, dear @jokowi, a friend."

The partnership would notably "cover the question of the ecological transition, of support for employment and growth in Indonesia and the post-Covid revival", the French presidency added.

The talks came ahead of a Jakarta visit by French Foreign Minister Jean-Yves Le Drian with Indonesia due to take over the rotating G20 presidency after Italy.

Widodo and his French counterpart also reviewed coordination at ASEAN, Southeast Asia's regional bloc, where Indonesia, with a population of more than 270 million, plays a pivotal role.

The pair agreed the need to promote democratic values and reiterated their mutual respect for sovereignty, peace and stability.

"With India, we share the same ambitions for the environment, health and innovation," Macron wrote on Twitter. "We will continue to work together towards concrete results, particularly in the Indo-Pacific region."

An exchange to discuss the next step in bilateral relations is to be set up in Paris next week.

Covid-19 vaccines
Elsewhere at the G20 summit, the subject of Covid vaccinations was addressed.

20 countries should ensure that 70 percent of the global population is vaccinated against Covid-19 by mid-2022, the Italian G20 presidency said Saturday.

"We are very close to meeting the WHO's target of vaccinating 40 percent of the global population by the end of 2021. Now we must do all we can to reach 70 percent by mid-2022," Italian Prime Minister Mario Draghi said.

Emmanuel Macron called on his G20 partners to step up to the challenge, like France has done.

"With those countries who have less, France has already shared 67 million doses of vaccines. We'll reach 120 million by mid 2022. Let's speed up our efforts. It's by working together that we will conquer the virus," Macron said.