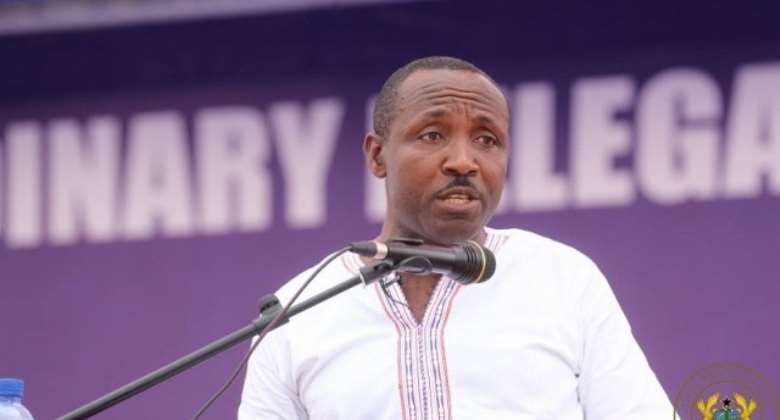 General Secretary of the ruling New Patriotic Party (NPP), John Boadu has admonished members of the party aspiring for top positions not to campaign.

According to him, although posters of aspirants can be seen outside, no member should embark on campaign as it will serve as a distraction to President Nana Addo Dankwa Akufo-Addo.

“We see posters around and that is acceptable but no one should start campaigning.

“If you start campaigning, you’ll distract the President from the mandate given him. He will be distracted by these campaigns by our own people, so, I urge you all to observe these rules and regulations,” John Boadu said in an interview on Accra FM on Friday.

The NPP will later this year in December hold its National Delegates Conference in the Ashanti Region.

Knowing that President Nana Addo Dankwa Akufo-Addo is already serving his last time in office, some bigwigs of the NPP have started giving indications of their intention for the flagbearer position.

Names such as Alan Kyerematen, Owusu Akoto Afriyie, and Boakye Agyarko and Vice President Dr. Mahamudu Bawumia are said to be among those lacing their boots to lead the NPP in the 2024 general elections.

Franklin Cudjoe back calls for probe into Covid-19 expenditu...
58 minutes ago