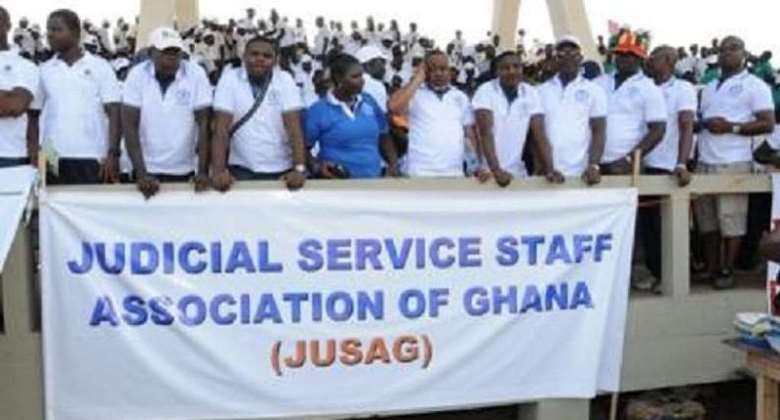 The Judicial Service Staff Association of Ghana (JUSAG) says it is open to proceeding to strike on Monday if talks with government on their demands are not concluded satisfactorily.

The association had planned to proceed on strike on Wednesday, October 27, 2021, but called it off due to ongoing talks with government to have their grievances resolved.

Speaking to Citi News, Derrick Annan who is the General Secretary of JUSAG has stressed that the idea of a strike is not off the table even though the action has been put on hold.

According to him, if talks are not finalised by the close of the week, JUSAG members will lay down their tools next week.

“Yesterday we met the staff, our rank, and file, the decision of NEC was communicated to the rank and file to the effect that the intended strike that originally was slated for yesterday 27th has been suspended. We pray we do not get to the point of proceeding on strike.

“Because we have suspended our strike action we are also saying that should we fail to conclude, then Monday, 1st of November, the government may hear from us with regards to the impending strike action,” Derrick Annan stressed in the interview.

JUSAG has been threatening to strike over the failure of government to review the salaries and allowances of its members.

They say the salaries and allowances have been in arrears for a long time.

COVID-19: Government to announce more measures ahead of Chri...
50 minutes ago