Jubilation On Misinformation: The Case Of Advocacy For Dual Citizenship In Liberia

By The Concerned Liberians Against Dual Citizenship 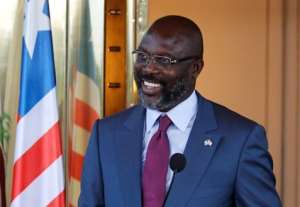 Early in October 2021, the Weah administration, particularly President Weah, rejoiced over a decision by the Liberian Supreme Court regarding due process in a matter concerning dual citizenship. Some born Liberians who have naturalized citizens in the Diasporas have jubilated over the news. Senator Darius Dillon, who had campaigned against dual citizenship in the 2020 election, is also said to have celebrated the ruling. Emmanuel Wettee, Chairman of the All Liberian Conference on Dual Citizenship, upon hearing the news, happily said. “We are now calling on our brothers and sisters in the diaspora …who took up citizenship…now have the right to return” to regain their Liberian documents”. The administration made it appear that the court has ruled for dual citizenship and those Liberians who have been naturalized abroad can now claim Liberian citizenship. We the Concerned Liberians Against Dual Citizenship are dismayed by the misinformation by the administration and its failure to truthfully inform the Liberian people of the fact concerning the ruling.

The fact is that in 2019, a Liberian-born Alvin Teage Jalloh, a lawyer who has become a naturalized American citizen, applied for a renewal of his Liberian passport at the Liberian Embassy in Washington, DC. The embassy denied his request because of his naturalization. Unsatisfied with the decision, Jalloh appealed to the Supreme Court that year arguing that his right to due process was violated. He stated that Sections 22.1 and 22.2 of the Alien and Nationality Law, which were enacted in 1973 before the 1986 Constitution, is inconsistent with Article 20(a) of the Constitution guaranteeing human rights and due process.

The court in December 2019 ruled in Jalloh’s favor, saying that the embassy did not give him due process, that is, the embassy denied him a passport without giving him the opportunity to present his case in a hearing. But the decision does not mean that Liberians naturalized in other countries can be given dual citizenship. Moreover, the court made its decision during the Weah administration two years ago. So why then the administration is now announcing the ruling and why it is now celebrating?

The government is jubilating to cover its shame. Note that in 2020, the Liberian people in the government’s supported referendum overwhelmingly rejected dual citizenship and other propositions. The administration refused to listen to the advice that the referendum was untimely. It took the people for granted. In order to save face, it took a two-year-old ruling and instructed the Minister of Foreign Affairs to act according to the court.

Another reason is that the government plans to have next year the bicentennial anniversary of the coming of the Black American settlers to Liberia. The administration hopes that by giving Liberian passports to foreign naturalized Liberians, more Liberians aboard would come to Liberia for the anniversary. Moreover, the anniversary would help improve Liberia-US relations encouraging the American government to give more aids to Liberia, and African Americans and American businesses would invest in Liberia. The New Dawn Newspaper reported on the upcoming program that the anniversary would showcase Liberia’s “vast tourism attractions, and would be an opportunity for Liberian diaspora, African-Americans, and friends of Liberians to visit the country”. Besides the presumed economic and cultural advantages, the government appears to hope that the celebration would give the administration political leverage in the 2023 election by more Liberians abroad supporting the CDC party.

In the government’s rejoicing the Supreme Court ruling, the administration did not tell the whole truth. A report observes this failure: “What the Government of Liberia’s press release didn’t say was that the Supreme Court’s decision was made nearly two years ago, on December 23, 2019, twelve months before the failed referendum”. Further, the Weah government did not initiate the case, yet it is attempting to gain credit. In fact, the administration argued against the appeal.

Darius Ambrose Mahn, Supreme Court spokesman, stated that the ruling “does not overturn the dual-citizenship ban, he explained, but rather means a court must now decide whether someone can be stripped of Liberian nationality”. The Liberian Constitution forbids dual citizenship and those Liberians who have become citizens abroad are considered to forfeit their Liberian citizenship.

Liberian Senate Pro-Tempore Albert Chie said that the court decision “does not, in other words, permit dual citizenship”. The senator believes that the best way to resolve the issue of dual citizenship is through the national referendum, which has already been defeated.

However, supporters of dual citizenship are not giving up in their quest to change the constitution for dual citizenship. Since they lost in the referendum, they are influencing the legislators to amend the Alien and Nationality Law to allow them to succeed. This would mean that they will use their political influence to disallow the will of the people. President Weah would sign the bill if it comes before him. But we would fight against this. Even if the legislators pass this act, we would campaign against any legislator and other politicians who support the bill in the 2023 election. Further, we would take the matter up with the Supreme Court. Just as we did in the 2020 election, we are sure to be victorious.

Proponents or supporters of dual citizenship argue that the move would bring development to Liberia; that Liberians abroad would send more remittances to Liberia and that Liberians who naturalized abroad had no other choice but to become citizens of their host countries.

However, we disagreed. As we have stated before, dual citizenship would create a class system in Liberia and would divide the country further. Those with dual citizenship would feel superior over those who are not. It would also create animosity as dual citizen Liberians occupy high government jobs and could flee the country in the event of a national crisis. Additionally, they could escape justice and run back to their naturalized country as happened in the case of Ellen Corkrum during the Sirleaf presidency.

Dual citizenship will not bring significant national development through foreign investment, and will not improve remittances. Dual citizenship is a personal endeavor geared to regain the land, properties, and power and is not for national development. For instance, according to sources, many key Liberian politicians have children who are not Liberian citizens. Dual citizenship would give the children political rights and the right to land and properties in Liberia. Liberians with dual citizenship would not live in Liberia permanently but would most likely reside abroad and use Liberia as a private farm where they can make money and deposit it into their private account abroad. This would be a classic example of foreign exploitation of African land as was in the case of colonialism in Africa. In Liberia, however, it would be worse, because the exploiters, though foreign-based, would be nationals and would hold title to the land.

Many supporters and advocates of dual citizenship are former Liberian ruling elite who lost their privileged political positions and dominance during the “1980 revolution” in Liberia. Their population in America increased due to the civil war, which many started and financed. Now they want to come back to regain properties and power. As we know, the history of this domination started about 200 years ago when their forebears from America landed in Liberia. They named their selves Americo-Liberians to distinguish from the native Africans. Supporters additionally argue that other African countries have dual citizenship and therefore Liberia should follow suit. Historically, Liberia is different and unique as just indicated. Further, no statistical data that show dual citizenship significantly helps develop these countries.

While many Liberians at home sympathize with the situation of Liberians who have been naturalized abroad, we blame those naturalized because they had other choices or opportunities: in America, for example, to become a naturalized citizen, you must first become a permanent resident or a “Green Card” holder. With this status, you can work; own property, start a business and can live in America as long as you want. You can visit or live seasonally in Liberia, own land, work in the government, and vote in Liberia. You can also sponsor your parents, spouse, and your under-aged children to the US. You have all rights, just like a born or naturalized American, except the right to vote in national elections and hold a sensitive position in the federal government.

Regrettably, however, most Liberian naturalized Americans do not vote nor hold important government posts in America. So the question is, “why did they become citizens for? They could have remained green card holders and retained their Liberian citizenship. But they willingly chose not to. Some analysts or experts view that the result of this behavior is the lack of national pride and patriotism and the exercise of personal desire. We agree. This was one reason Liberians massively rejected dual citizenship at the polls.

Rather than imposing dual citizenship on the Liberian people, we urge the government, particularly President Weah, to encourage Liberians who have been naturalized in foreign countries to return home, regain their Liberian citizenship by denouncing their naturalization and applying for Liberian citizenship as the constitution requires. They can come and contribute to the development of the country. As the saying goes, there is nothing better than home.