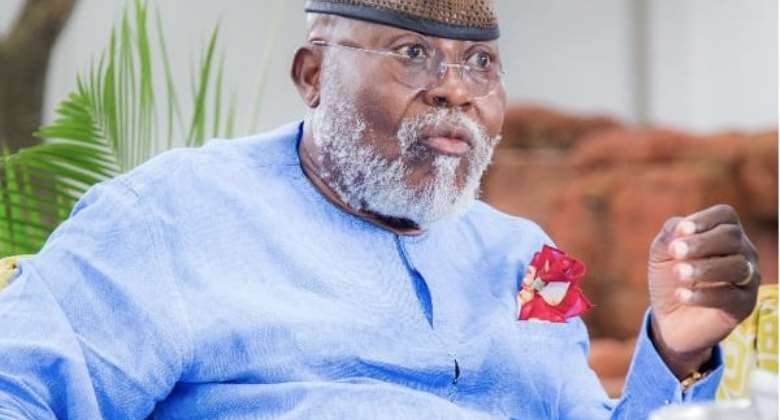 Ghanaian statesman and politician, Dr. Nyaho Nyaho-Tamakloe has called on the Inspector-General of Police, Dr. George Akuffo Dampare to probe the chaos that marred the elections for the approval of Metropolitan, Municipal and District Chief Executive Executives (MMDCEs) in parts of the country.

In late September, assembly members in the various District, Municipal, and Metropolitan Areas went through an exercise to approve or reject persons nominated by President Akufo-Addo to occupy positions of MMDCE.

He described Akufo-Addo as the most lawless President in Ghana’s history.

“Permit me to say without any fear of contradiction that Akufo-Addo is the most lawless President Ghana has ever had and does not believe in rule of law,” the leading member of the NPP told journalists on Friday.

He continued, “This act of his, in recent times, has found its way in our local government system. The district, municipal and metropolitan concept, as we all know was established a year after the first democratic election in the fourth republic to help decentralize activities of local government into our localities for proper and drastic development.”

According to Dr. Nyaho Nyaho-Tamakloe, there is the need for the Ghana Police Service to look into the MMDCE elections and bring all those that engaged in any form of illegality to book to face the full force of the law.

“What do we see today? This government led by Nana Addo has taken our dear nation back. Looking at happenings in the recent confirmation of Chief Executives at the various assemblies. These acts cannot be grossed over as a nation because it is undermining the democracy that we have enjoyed for the past twenty-eight years and still counting.

“I call on the government, the Ghana Police Service led by Dr. Dampare and the Parliament of Ghana to as a matter of urgency, effect an investigation into these happenings in the various Assemblies in order to bring these perpetrators of this undemocratic act to book,” Dr. Nyaho-Tamakloe added.