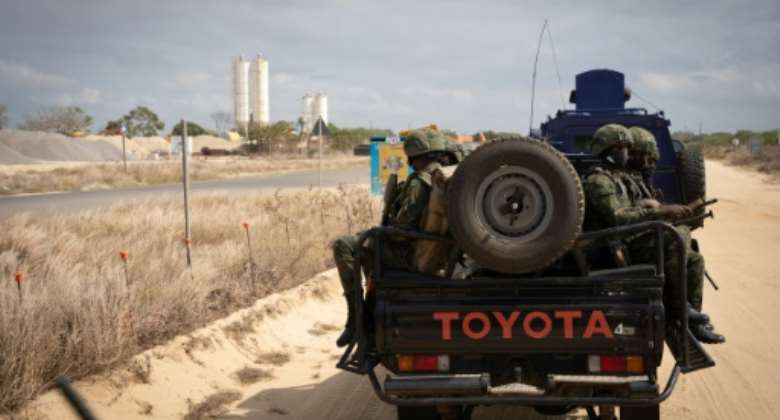 Intervention by Rwandan soldiers is aimed more at enabling Total's gas project to resume than in defending the local population against jihadi violence, civic groups say. By Simon WOHLFAHRT (AFP)

Mozambique must find a political solution to end four years of unrest by Islamist militants, civic rights groups said on Thursday, arguing that the government's military intervention puts the exploitation of natural gas resources ahead of peace and security for local residents and risks fuelling the conflict.

More than 3,100 African troops, as well as European and US military trainers, are in Mozambique to help quell the unrest in the mineral-rich northern province of Cabo Delgado.

"It is imperative for the government of Mozambique to embark on political tracks to resolve the conflict," the groups said in a report that was written by Mozambique's Investigative Journalism Centre, with research and support from a dozen other Mozambican and South African organisations.

The civic groups said the foreign forces, especially the 1,000 Rwandan troops who have spearheaded recent military gains, are operating with unclear mandates and financing.

They also accused Mozambican troops, foreign forces, and private security firms of being more concerned with security for natural gas projects than with safeguarding civilians or building peace.

"Increased military intervention... is not synonymous with guarantees for civilians to be treated humanely in the crosshairs of conflict," the report said. "Ill-discipline is rampant and goes unaddressed. If left unchecked, it will only fuel locals' disaffection and likely spur further support for the insurgency."

Adriano Nuvunga, head of Mozambique's Centre for Democracy and Development, warned of the "Iraqisation" of Cabo Delgado, in which secure areas are created to allow for the extraction of natural resources, without addressing the broader conflict.

"It's not the question of human lives, or restoring peace and security to the population of Cabo Delgado," he said. "The question is to create conditions so the project of Total can move forward."

The insurgency has claimed at least 3,340 lives and displaced more than 800,000 people.

Both Total's project and the conflict are in one of the poorest parts of the country, which the civic groups said only fuelled discontent in the region.

"Socio-economic causes aren't being dealt with," Mozambican environmental activist Daniel Ribeiro said during a video conference. "This is not a liveable situation."

The 16-nation Southern African Development Community announced earlier in October that it was deploying additional forces, and would stay in Mozambique indefinitely.