Togbui Fiti retort: You're not that 'disrespectful', 'reckless' to other chiefs; retract and apologise – NDC Volta MPs to Akufo-Addo 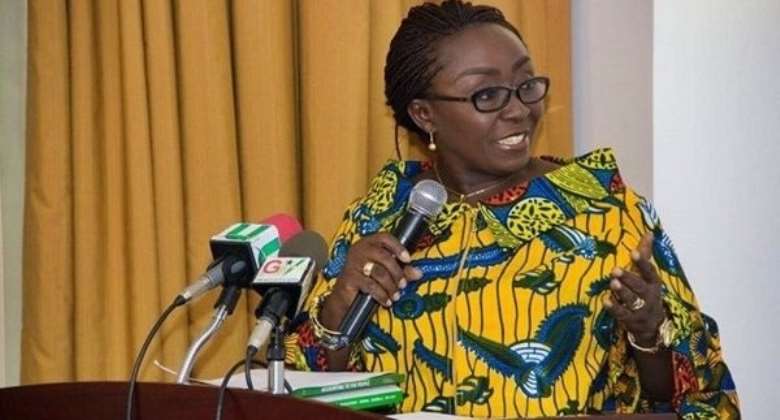 Opposition Members of Parliament from the Volta Region of Ghana have demanded a retraction and apology from President Nana Akufo-Addo in connection with his recent retort to the paramount chief of the Aflao traditional area, Togbui Fiti, during an interview, that the traditional leader should complete an uncompleted school block in his jurisdiction if he (the chief) was so frustrated about the delay by the government in completing that project.

Condemning the president’s comment, Ketu South MP Abla Dzifa Gomashie, told journalists, on behalf of the opposition Volta MPs, on Thursday, 28 October 2021 that: “The respected traditional ruler merely advocated for an abandoned E-block in his community to be completed so his people will have fair access to education”.

“As citizens and bona fide taxpayers, that wasn’t too much to ask”, she noted.

Togbe Amenya Fiti V of the Aflao traditional area, she pointed out, “deserves praise for prioritising education and speaking out against the culture of abandoning inherited projects” rather than denigrating comments such as those uttered by the president.

“He does not deserve such disrespect from the president of the Republic of Ghana”, the lawmaker insisted.

She said the president’s conduct, “which we do not see him exhibit against chiefs from other parts of the country, is a total affront to the entire Volta Region and the Aflao traditional area, in particular”.

“We demand a retraction and apology from his excellency the president”, she noted.

Ms Gomashie mentioned that a united Ghana with a common destiny “is undermined by such reckless and discriminatory conduct of the president”.

Going forward, she announced, “I will be launching a GoFund me account for donations to finish the E-block as instructed by the president’s infamous retort and I entreat all Aflao people and well-meaning Ghanaians to donate generously”.