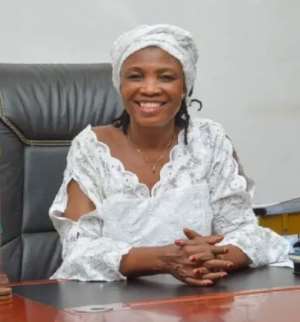 Renominated DCE for Bole District in the Savannah Region, Madam Veronica Alele Hemeng, has secured a 79.48% endorsement from members of the Assembly after a voting exercise conducted by the Electoral Commission (EC).

This would afford her the opportunity to serve her second term as DCE for the area.

She was one of the two nominees who were earlier rejected in the Savannah Region by members of their assemblies.

The voting exercise which occurred today, Thursday, October 28 was attended by the Savannah Regional Minister, Hon. Saeed Muazu Jibril and the representative at the Council of State, Kpongriwura Alhaji Adam Zakaria.