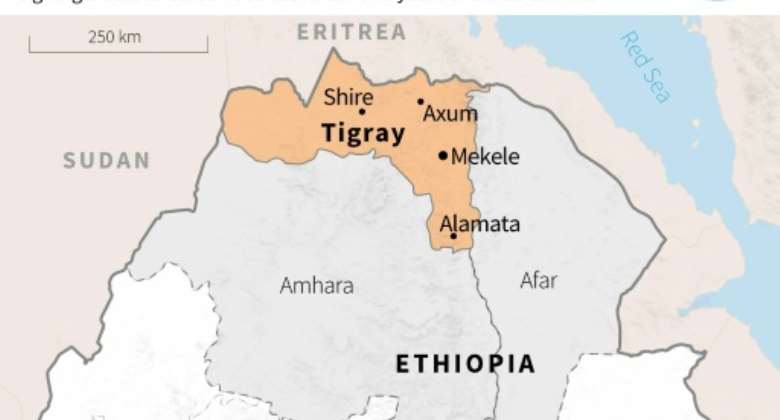 Ethiopia's military on Thursday carried out an air strike on the capital of the war-torn Tigray region that a hospital official said killed 10 people.

The government said the strike, the latest in a campaign of air bombardments, hit a factory in Mekele used by the Tigray People's Liberation Front (TPLF).

"The death toll reaches 10," he said, up from his earlier count that put the number of dead at six and listed 21 people as injured.

Tigray was pounded by near-daily aerial bombardments last week as the military stepped up its use of air power in the year-long war against the TPLF.

The government said the facilities bombed in northern and western Tigray were military in nature and aiding the TPLF, the former ruling party in the region.

The UN said two strikes on Mekele on October 18 killed three children and wounded several other people. Another person died in a later strike.

Control of the skies, along with superior manpower, is one of the few remaining areas where the federal government holds a military advantage over the rebels.

The bombings have drawn international censure, and disrupted UN access to the region where an estimated 400,000 people face famine-like conditions under a de-facto aid blockade.

The 2019 Nobel Peace laureate said the move came in response to TPLF attacks on army camps and promised a swift victory, but by late June the rebels had regrouped and retaken most of the region, including Mekele.