Election 2024: NDC propaganda specialists are afraid of data; so sell our development projects in your localities — Bawumia to MMDCEs 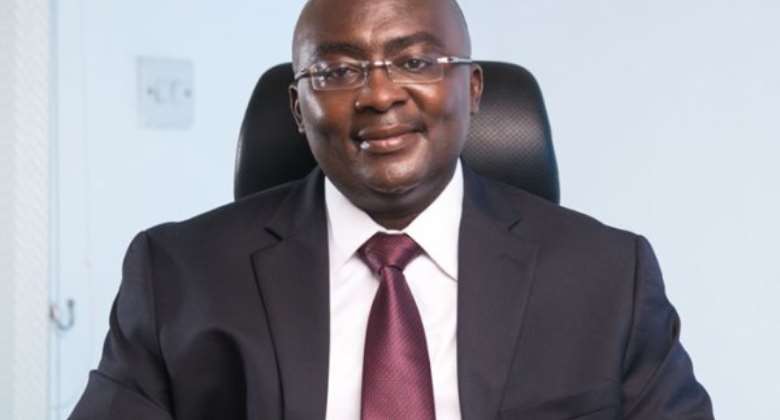 Vice President Dr Mahamudu Bawumia has urged the newly appointed Metropolitan, Municipal and District Chief Executives (MMDCEs) to be proactive in informing their people about the various projects and interventions rolled out by the Akufo-Addo-led government.

He said that was the only way to counter the lies and propaganda churned out by the opposition NDC.

"The upcoming 2024 Elections is going to be fought at the local level and so you need to know the projects we have done in your districts and be proactive in telling the people.

"The NDC is very good at propaganda. In fact, they're specialists in that and so the only way we can counter the propaganda is with facts and data because they're afraid of that," Dr Bawumia added.

He said the delivery tracker that captured the various government's projects would be upgraded with a new version so that the assemblies could directly update it with new projects.

He, therefore, entreated the MMDCEs to work hard to transform the economic fortunes of the people at the local level, saying; "So approach your work with confidence and seriousness because our record will, and always be superior to that of the NDC's record".

Vice President Bawumia gave the advice at a training and orientation workshop for the newly appointed MMDCEs in Accra.

He mentioned some flagship initiatives rolled out by the Akufo-Addo-led administration during the first term and new ones being undertaken now to improve service delivery.

The orientation, organised by the Ministry of Local Government, Rural Development and Decentralisation, is intended to equip the MMDCEs with knowledge and skills to provide efficient leadership at the local level.

The event was on the theme: "Building Successful Leadership for Local Economic Transformation and Improved Service Delivery", which enabled them to network and share ideas towards the government's transformation agenda.

"The Akufo-Addo-led government wants to transform Ghana and so what government has done since assuming office is to decentralise development and ensure inclusion.

"This is what has underpinned the philosophy and economic strategy of governance of this country so that no part of the country is left behind in terms of access to development," Dr Bawumia emphasised.

He stated that government was putting together database for farmers and fisherfolks across the country towards the digitisation of fertilizer and pre-mix fuel distributions to curb corrupt practices.