"Why are you behaving this way?" — Bagbin blasts MPs who used 'macho power' at MMDCEs confirmation exercises 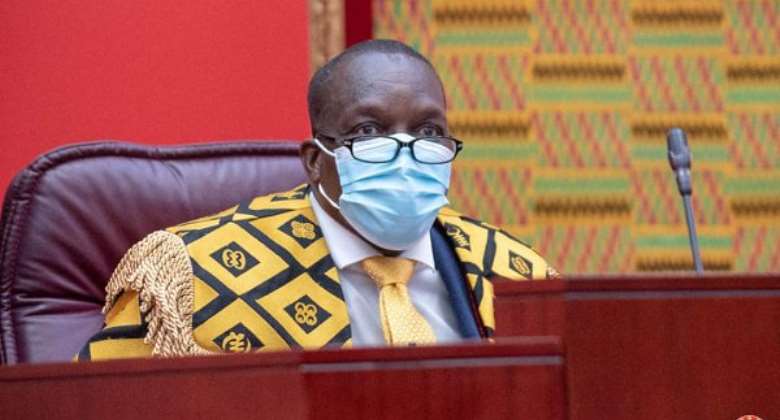 Speaker of Parliament Alban Bagbin has cautioned Members of Parliament (MPs) who were found engaging in acts of intimidation and brutalities to influence the election or approval of Metropolitan, Municipal and District Chief Executives (MMDCEs) to stop forthwith.

He said he had seen some MPs in such acts on television and described such acts of unbecoming of MPs, and warned that they would be hauled before the Privileges Committee of the House if they continued to misconduct themselves.

In an apparent angry tone, the Speaker reminded MPs that they held a privileged position that went with a code of conduct, ethics and rules that guided their behaviour, similar to when a commoner is elevated to kingship in a traditional setting.

“If you are a commoner walking around, and traditionally they come and remove your slippers from under your feet, and they carry you to the village and make you a chief, everything changes. You can no longer behave like you used to behave,” Speaker Bagbin said.

Welcoming the MPs back from recess to begin the Third Meeting of the First Session of the Eighth Parliament of the Fourth Republic in Accra, the Speaker told the House that the election approval of MMDCEs were not avenues for MPs to flaunt their physical prowess and intimidate people.

His warning comes against recent involvement of some MPs, who overtly or covertly were involved in acts of intimidation during the approval of MMDCEs nominated by President Nana Addo Dankwa Akufo Addo to fill the Assemblies.

He cautioned MPs they could not in any way use force to compel people to vote for the endorsement of nominees.

“Why are you behaving this way?” Speaker Bagbin asked, and urged the legislators not to be part of those who would misconduct themselves.

The Speaker directed sector Ministers to have pre-budget meetings with their committees ahead of the presentation of the 2022 Budget Statement and Economic Policy of the Government of Ghana November 17, 2021.

“We don't have much time when the budget is laid,” Speaker Bagbin said, and cautioned that the House would not allow any Minister to come and show powers that they did not have.

He said the house would hold Ministers financially accountable and for their conduct and gave the assurance to move the House to better levels and sought the cooperation of members to achieve the level promised.