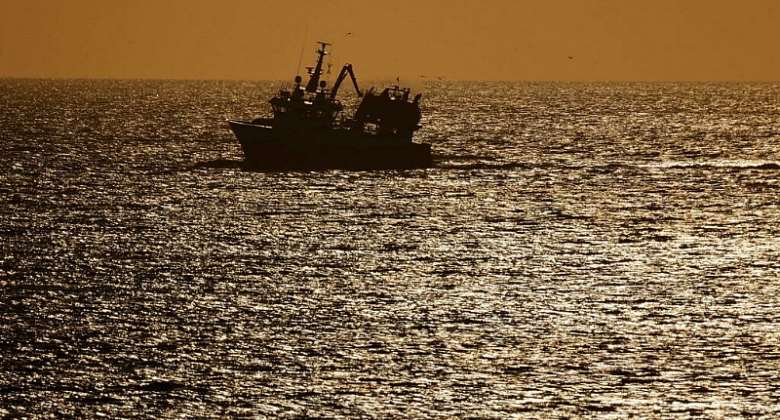 French authorities seized a British trawler fishing in its territorial waters without a licence on Thursday and issued a warning to a second vessel in a row over access to fishing grounds after Brexit.

Marine traffic data showed that the Cornelis Gert Jan had been operating in the Baie de Seine on Wednesday night where the French maritime patrol vessel Atos had been conducting checks.

The trawler was escorted to Le Havre in north-western France, where the vessel's captain could face criminal charges. His catch could also be confiscated, French authorities said.

Crews from France claim that Britain has not granted them the full number of licences to operate inside British waters that were agreed in the Brexit deals.

Britain has said it issued fishing licences to vessels able to show a track record of operating in its waters in the years before its withdrawal from the EU on 31 January 2020.

"My officials are investigating the circumstances around this vessel that has been detained in France," he added.

"I have seen reports that it was on a list originally and then it appeared not to be on a list but it is something I have asked our officials to urgently investigate."

In a bid to back its fishing community, the French government says it will impose extra customs checks on British goods entering France from next Tuesday.

Such checks at the Channel Tunnel and on ferries could lead to lengthy queues and seriously disrupt trade flows just as British businesses attempt stock up for the Christmas festive period.

French ministers say they are also reviewing its exports of electricity to Britain.

"It's not war, but it is a fight," said Girardin during an interview with French broadcaster RTL.

Clement Beaune, France's European affairs minister, told CNews: “So now, we need to speak the language of strength since that seems to be the only thing this British government understands.”

The brinkmanship raises the prospect of more economic pain before Christmas for Britain, which faces labour shortages and rising energy prices.

Britain has said France's actions will be met with an appropriate and calibrated response.

"France's threats are disappointing and disproportionate and not what we would expect from a close ally and partner," a British government spokesperson said.

Barrie Deas, head of Britain's National Federation of Fishermen's Organisations, said Britain was issuing licences in line with the terms of the post-Brexit trade agreement and that France appeared determined to escalate the licence row.